Delicious, warm, gooey cinnamon rolls in an hour. . . can you even believe it?  These 60 Minute Cinnamon Rolls are simple, fast and insanely good! 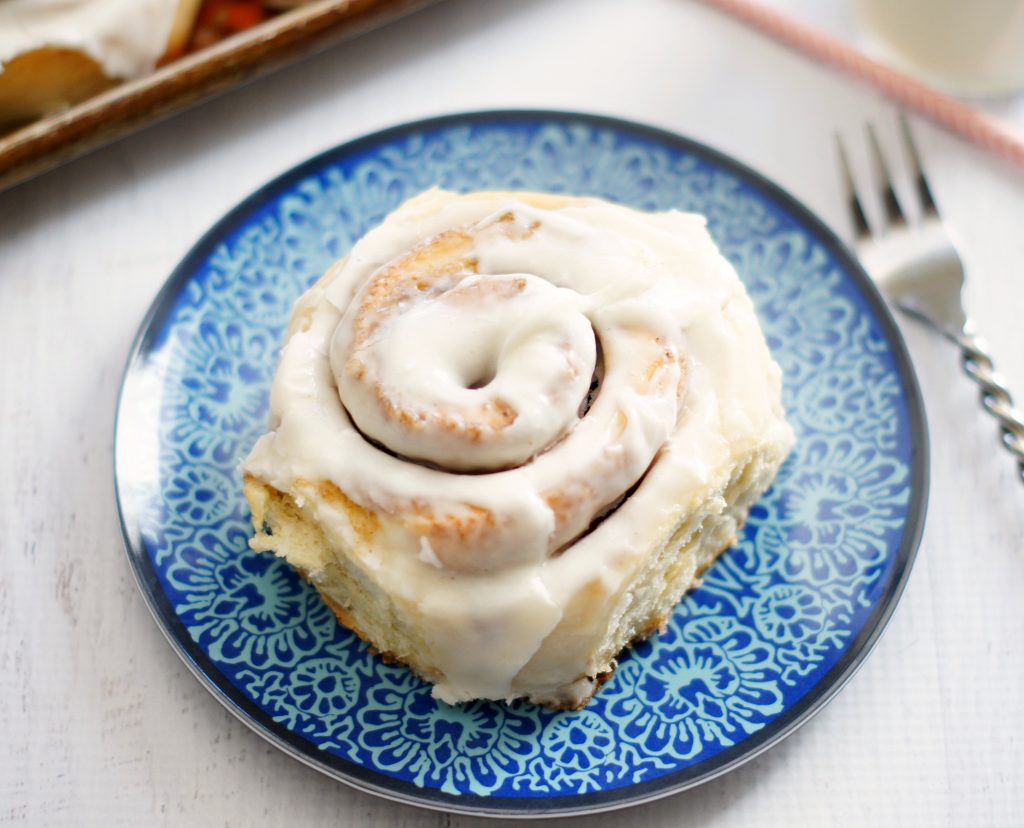 I posted a picture on Instagram a few weeks ago of them and had a lot of people ask if they were on my blog.  I’m finally getting around to sharing them and I’m here to tell you that you are going to love these 60 Minute Cinnamon rolls.

Cinnamon rolls are one of my weaknesses (among other things). What is better than a gooey, warm cinnamon roll, dripping with butter cream frosting . . .pretty sure nothing is. The only problem with them is how long they take to make.  The cinnamon rolls that I grew up on are amazing and I will always be loyal to my grandma’s recipe, but they do take several hours and sometimes you don’t always have that much time.  Most often when I crave them, I end up making my  cinnamon roll biscuits because they are done in a snap.  So when I saw this recipe for 60 Minute Cinnamon Rolls over at Your Homebased Mom, I had to try them.

WOW!  That’s pretty much all I said after I took my first bite, because I was too busy shoveling utter deliciousness into my mouth. There truly were no words needed, you could see it all in my face how in love I was. 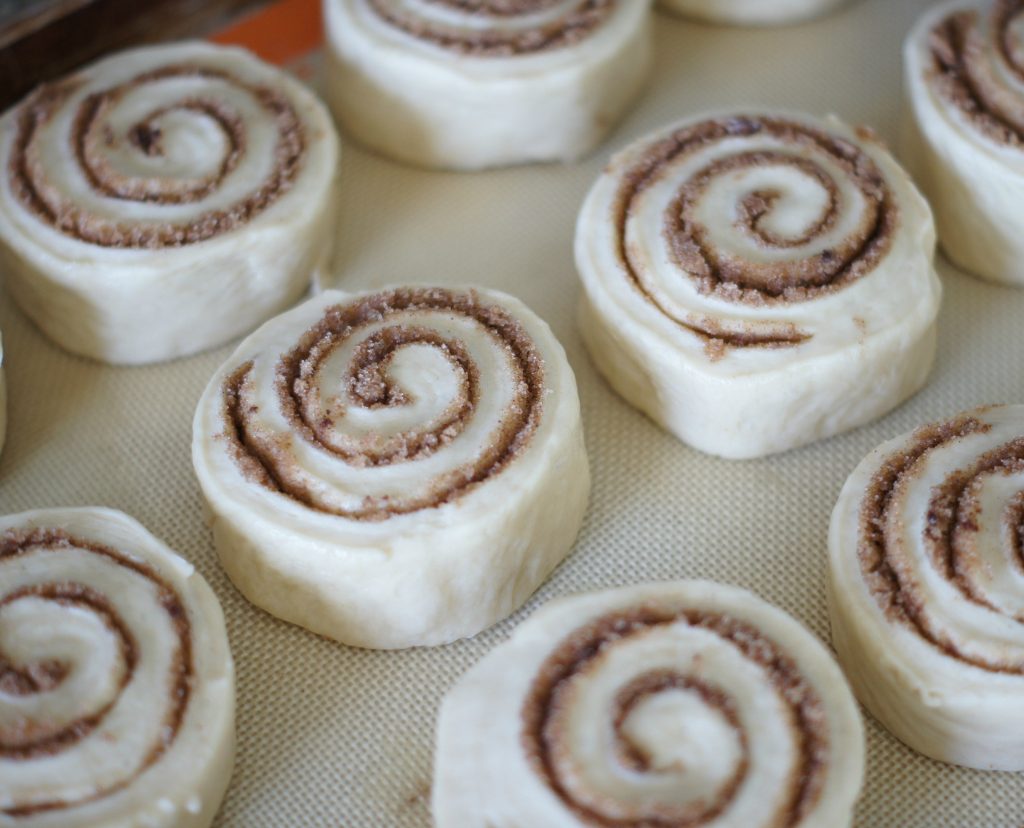 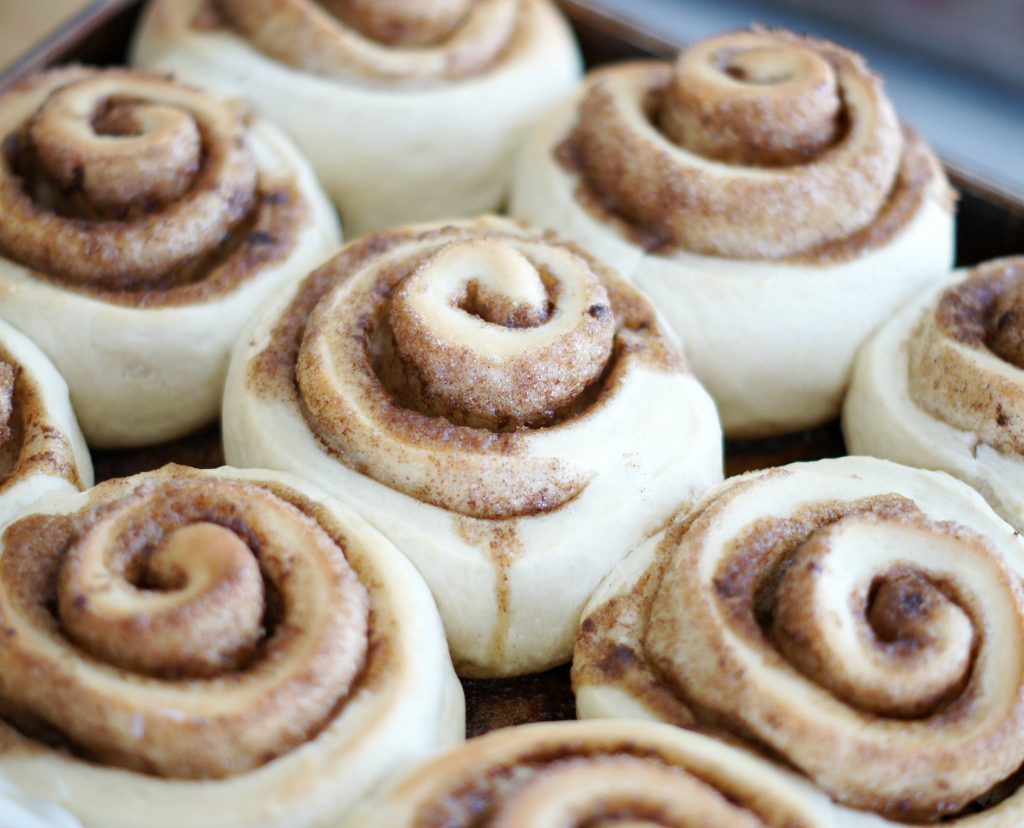 Look how amazing they bake up. . . pretty fabulous like that, but then slather them in buttercream and holy moly . . . 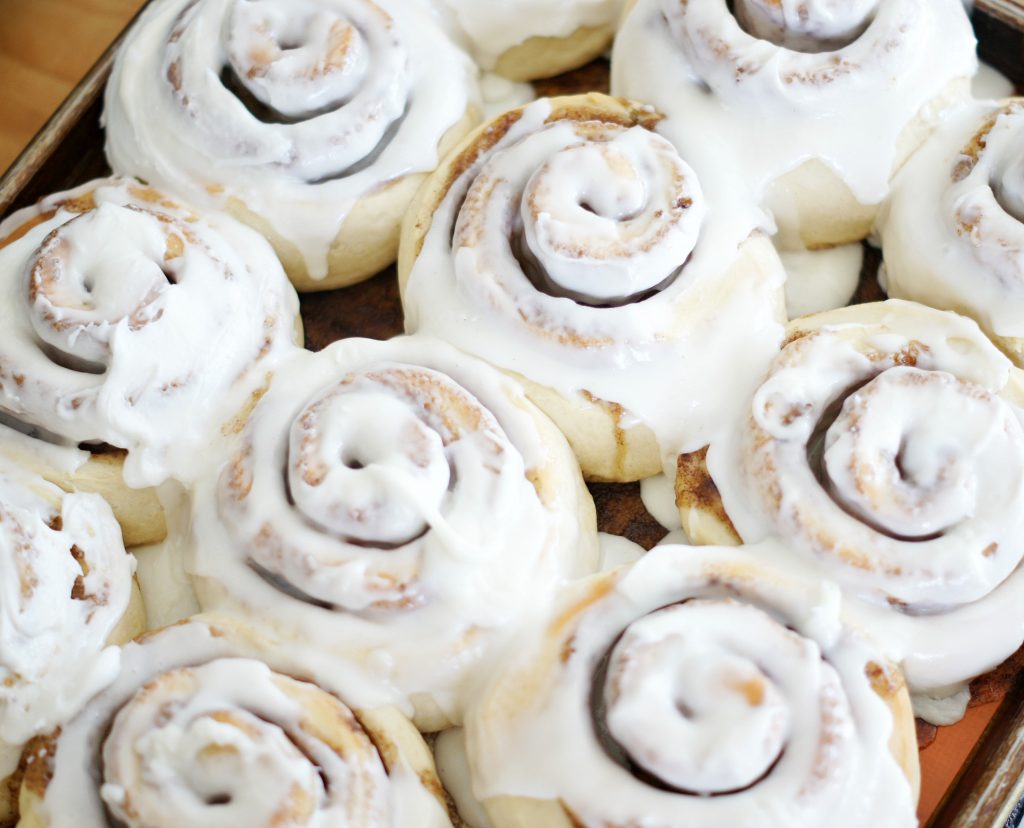 These are amazing!  If you want to get technical, the 60 minutes does not include the baking time, but hey what’s another 12 minutes or so when you usually wait for hours for a warm, gooey cinnamon roll.

I’m not sure if this is a good thing or a bad thing that I can have a warm cinnamon roll in front of me in just over an hour . . .it’s probably a bad thing.