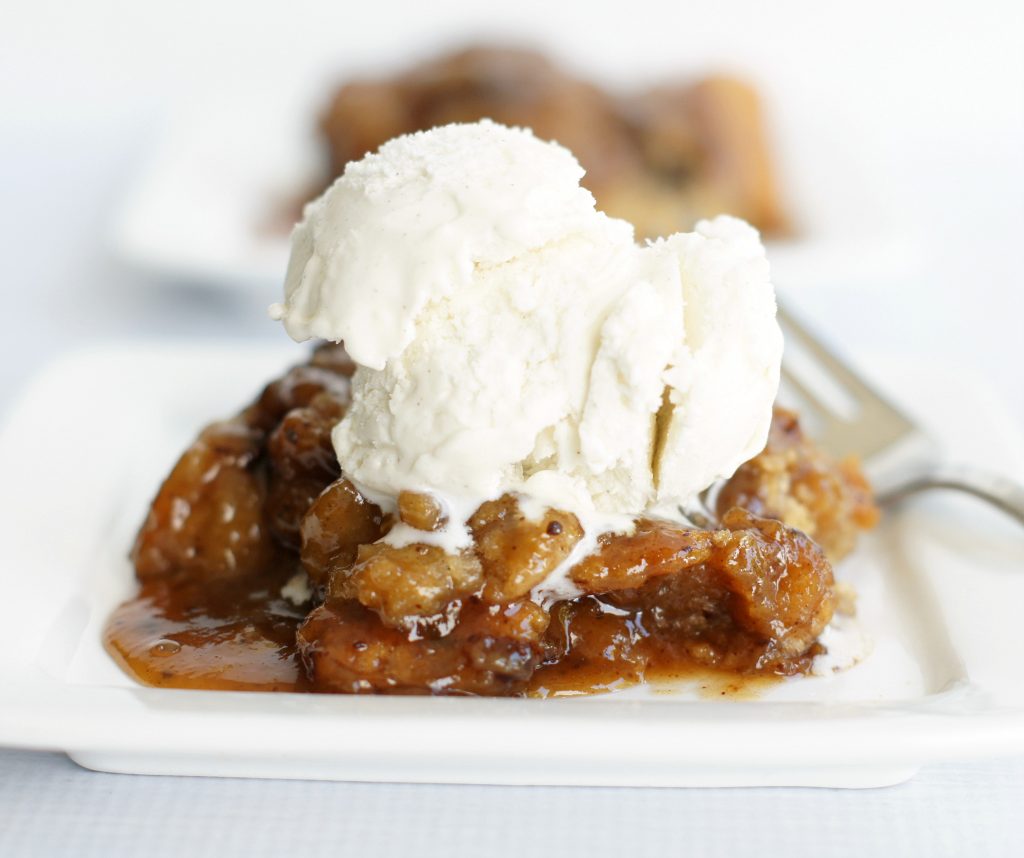 I was going to share a cookie recipe today, but after attempting them twice in one day, and having them fail both times (Ugh!!), I gave up.  My husband and boys thought they were great, but I didn’t.  Sure, they tasted great, but didn’t look so great. . . .not my day in the kitchen I guess.  I’ll attempt them another day and hopefully have a little better success.

Thank goodness for this Brown Sugar Pudding Cake (doesn’t the name just sound heavenly?).  I made this a while ago and just haven’t gotten around to sharing it.

If you’ve never had a pudding cake, you’re missing out.  I think they are kind of magical. 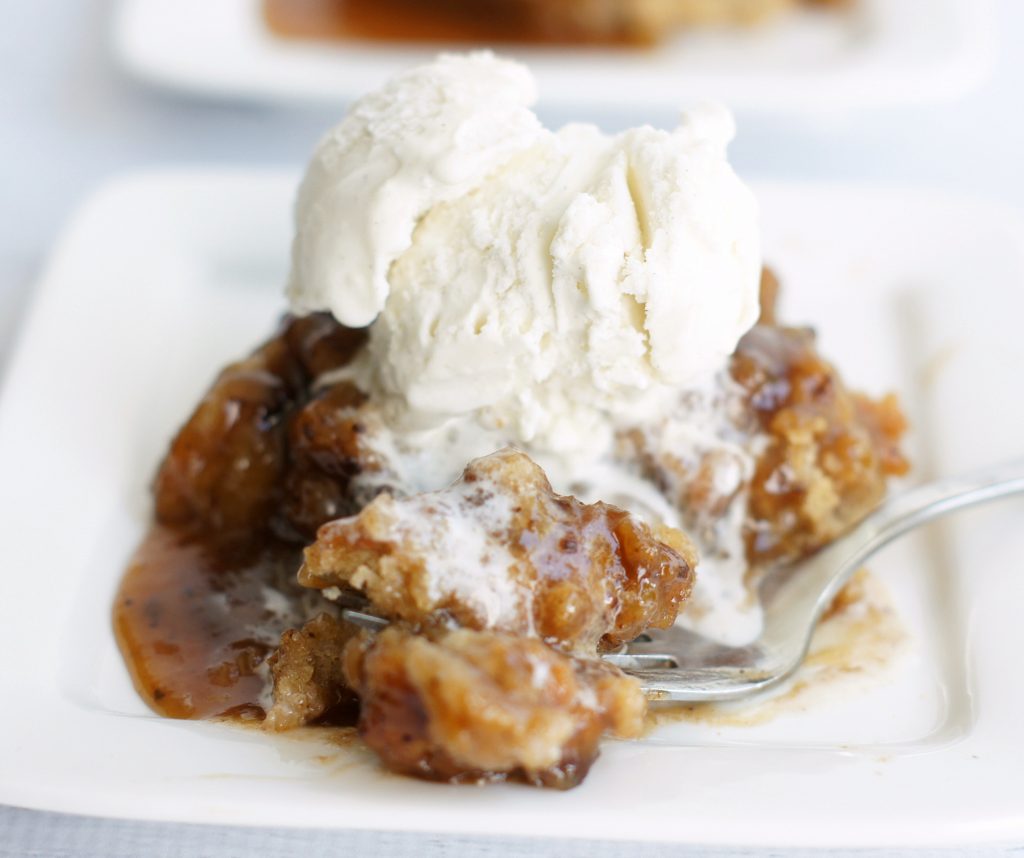 You make a batter, spread it into your dish and then pour a mixture of hot water and brown sugar over it.  The batter ends up swimming in liquid and you’re going to think you just ruined everything.  Don’t panic! Just toss it in the oven and when you take it out the top will be a brownie-like crust and underneath is a scrumptious brown sugary sauce that you’ll want to swim in.

Make sure you serve this with a scoop of vanilla ice cream.  You will be in love!