This Butterscotch Pudding Dessert is divine! A graham cracker crust topped with cream cheese, butterscotch pudding and Cool Whip. This no-bake dessert is perfect for BBQ, potlucks or those hot summer days. 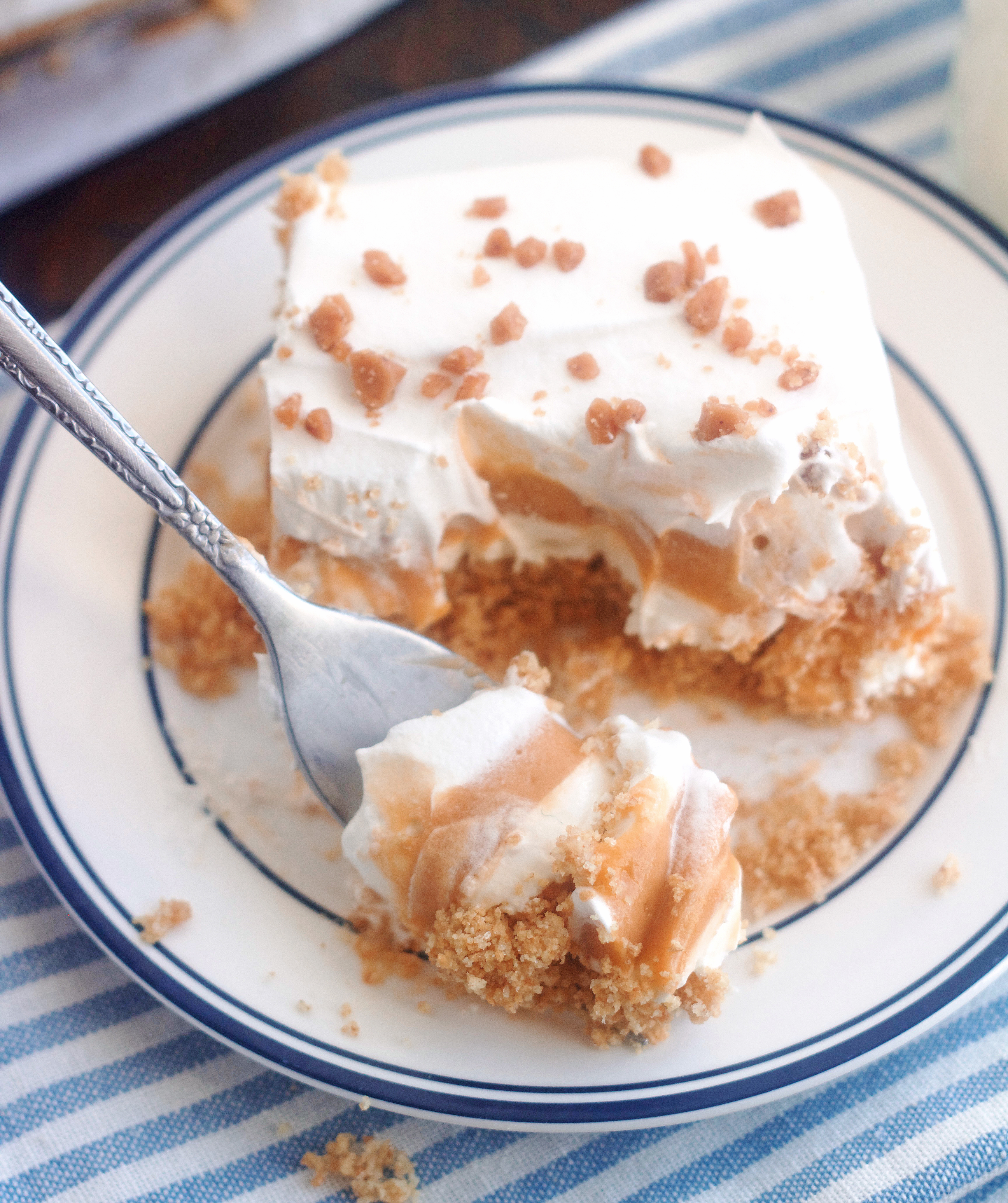 I’m sure you’ve all heard of Better than Sex Dessert/Chocolate Lush/Chocolate Pudding Dessert/Robert Redford Dessert, etc. (phew. . . . that’s a lot of names). You know, the layered dessert that starts with a shortbread type crust, then has a cream cheese layer followed by a chocolate pudding layer and then topped off with Cool Whip.

Sheesh, how did one dessert get so many different names?

Anyway, my mom made it growing up and it was one of my favorite desserts. Sometimes she’d switch things up and make it with butterscotch pudding or even pistachio pudding. I loved them both, especially the butterscotch version.

Several years ago she came across a recipe for that same dessert, but instead of the shortbread crust, it had a graham cracker crust. . .YUM! So of course she made it and I fell in love with that version too. 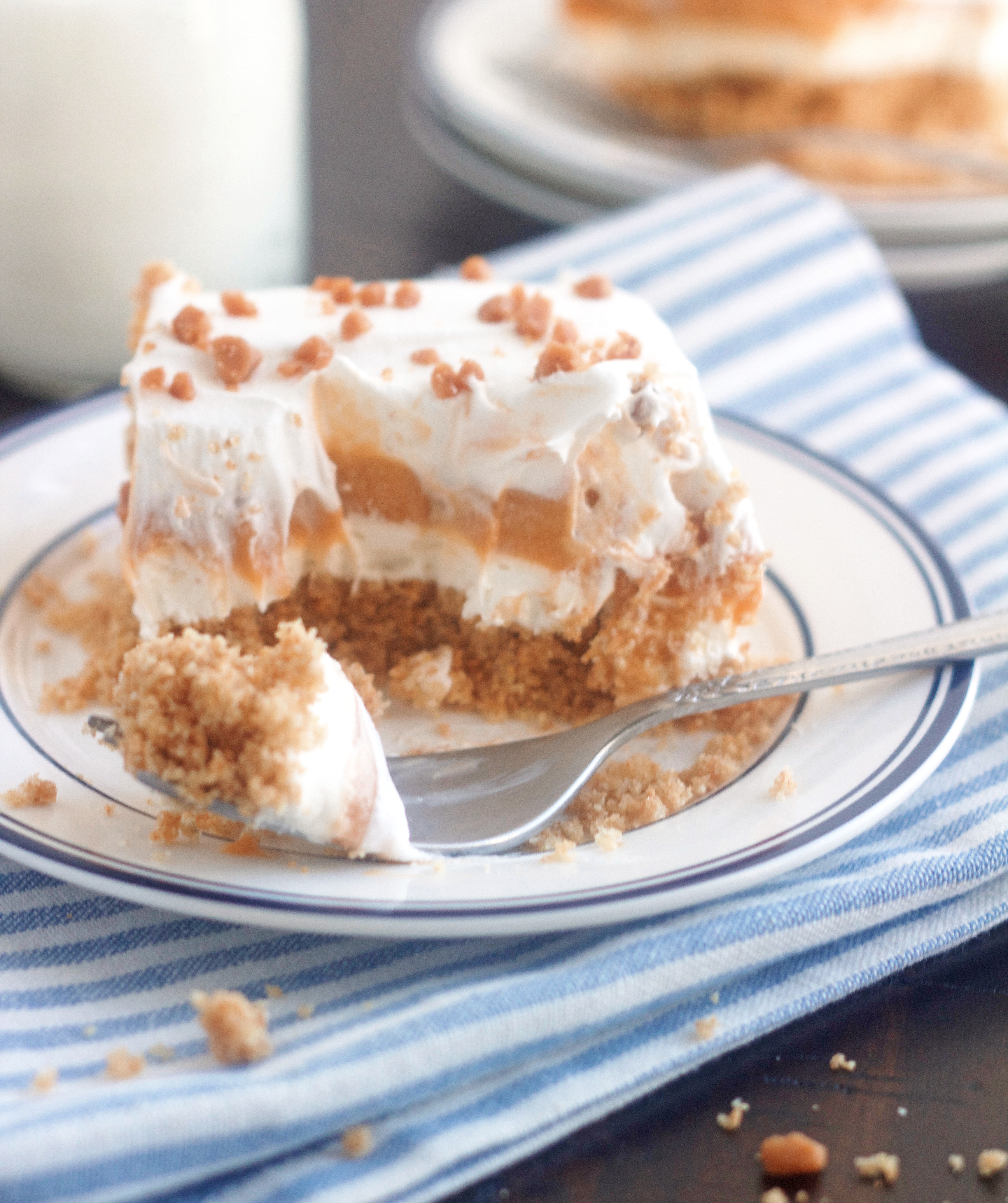 The other day I decided it was about time I make a butterscotch, graham cracker crust version, so I did and it was AMAZING!

My boys went crazy over it which as no surprise seeing as how whenever we go get Kong Kones (soft serve ice cream cones from a local grocery store), they are always hoping they have the butterscotch dip so they can get their cones dipped.

I love this dessert in the summer because it’s no bake which obviously means there’s no heating up my kitchen when it’s 95+ degrees outside. This stuff is so, so good. I could have eaten the entire pan. I know I always say that, but sadly it’s the truth.

This is the perfect dessert for those hot summer days because you don’t have to turn your oven on. You will love everything about this dessert. The graham cracker crust paired with the butterscotch pudding is heavenly!

I hope you give this one a try and I’d love to hear back from you if you do.

LEAVE A COMMENT BELOW IF YOU GIVE THIS A TRY! I’D LOVE TO HEAR WHAT YOU THINK!