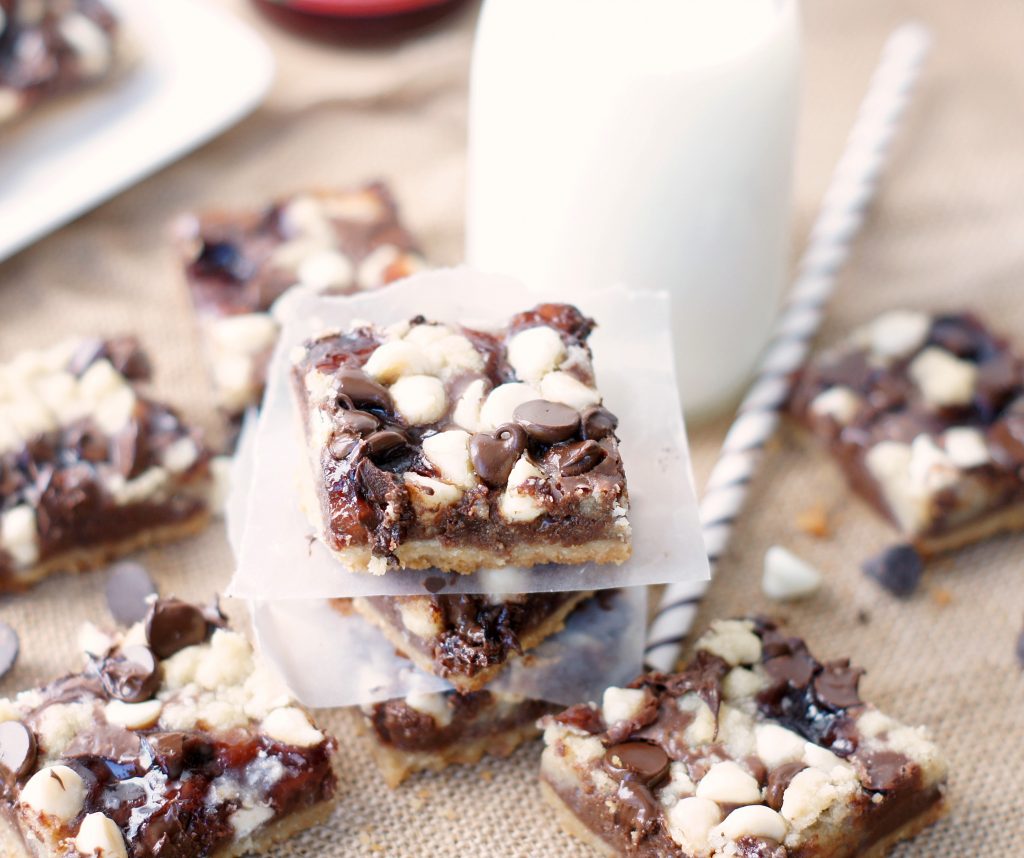 Let me start off by saying Parker, like his dad, is terrified of needles. Anyway, I took Parker (11) and Braydon (14) in for well-checkups and Parker was stressed all day long because I told him he might have to get shots. When the nurse called us back and put us in a room, she walked out for a minute and I told Parker he would probably have to have his finger poked so they could check his blood.  Huge mistake because within 2 seconds of me saying that he had huge tears running down his face. We got through the finger prick with just a few tears, but the worst was yet to come. The doctor came in and I asked about shots for Parker and he told us he needed two and immediately Parker starts crying again. My pediatrician just smiled and suggested we do the shots right then and get them over with, so he walked out and got his nurse.  Meanwhile I’m trying to calm Parker down, reminding him that he had 12 warts frozen off and he didn’t even shed a tear until they got to the 9th one and so having two shots was a walk in the park compared to that. The nurse comes in, Parker is crying, she lifts his sleeves, wipes both arms with alcohol pads, says 1,2,3 gives him one shot, says 1,2,3 again and gives him the other shot and then tells him he’s done. Parker looks up and says “that was it?  Boy I feel stupid.”  I just started laughing and said I told you so.  See, I don’t need girls, I’ve got Parker. 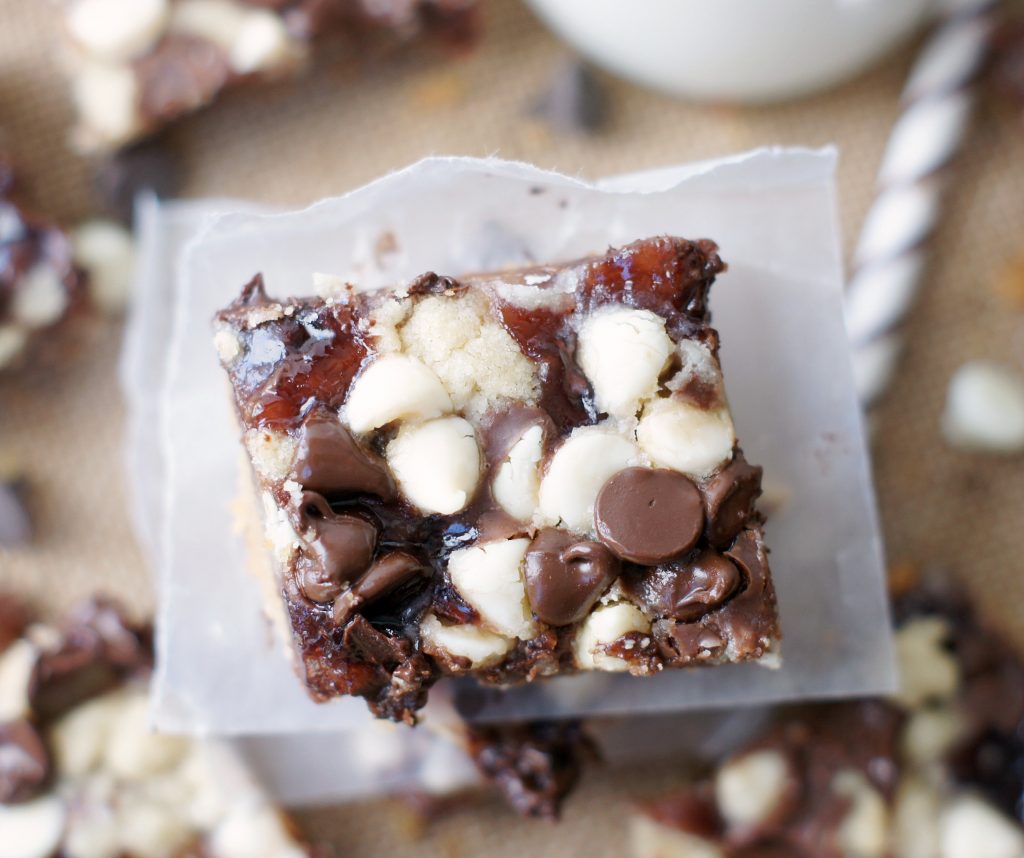 Anyway, after all that drama, I needed chocolate so I made these Chocolate Raspberry Fudge Bars, which, by the way, will make anything better. These are rich, decadent and 100% delicious.  If you don’t believe me, then just make them and see for yourselves. 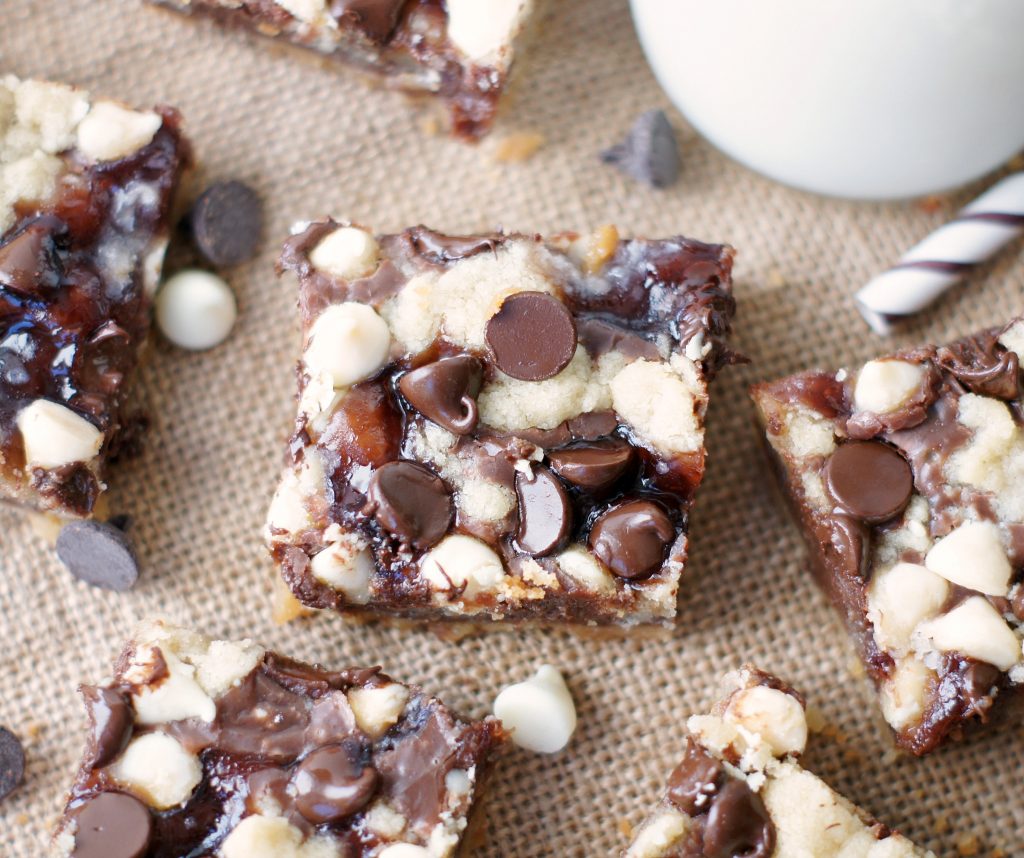 It’s a shortbread layer, smothered in melted chocolate chips and sweetened condensed milk (gasp!!), then the remaining shortbread dough is crumbled on top, then dollops of seedless raspberry jam and finally topped with semi sweet and white chocolate chips.  These bars are pure bliss!