This Cinnamon Swirl Bread is ah-mazing!  Tender, slightly sweet and absolutely amazing with golden swirls of cinnamon throughout.  Easier to make than you might think. 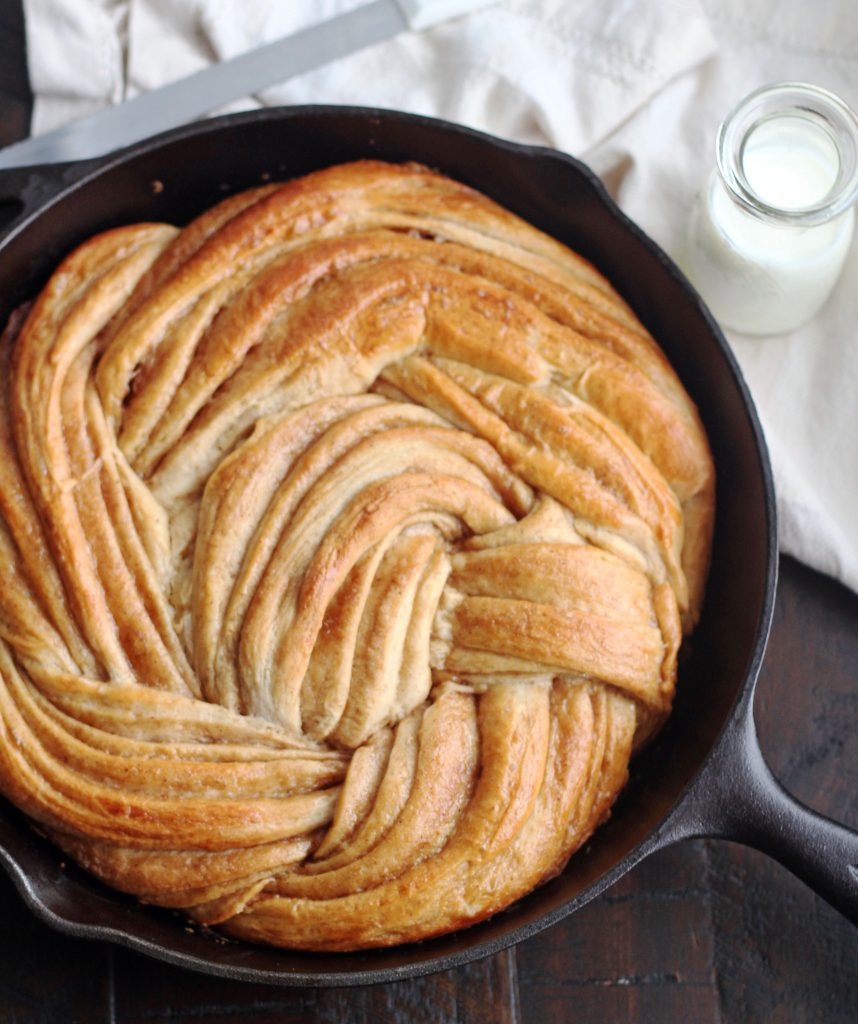 This last Sunday we had some crazy, strong winds in Utah. If you live here, you know what I’m talking about. I was sitting at the computer in our den Sunday afternoon while the winds were fiercely blowing outside. I remember thinking that the wind was so strong something bad was bound to happen. Within a few minutes I saw a trampoline flying through the air. . . our trampoline to be exact. Not even joking! The wind was so strong it literally lifted our trampoline up into the air, over our fence and into the street. If I hadn’t seen it, I wouldn’t have believed it. That is something you only see in the movies, right?

I thought for sure our fence would be destroyed, but it wasn’t, that is how insane the wind was. It lifted our tramp high enough that it cleared our fence. It did take out our street sign on the corner of our circle as it flew through the air, but thankfully nothing else. The fact that it didn’t hit another house was a miracle and thankfully no car was driving by and no one was walking by. Needless to say, our tramp didn’t come out unscathed, in fact, it was pretty trashed. It’s now sitting in a pile of pieces on the side of our house waiting for city clean up.

Speaking of crazy, this bread is crazy delicious! I could have eaten the entire loaf. It’s tender, buttery, not too sweet and has just the perfect amount of cinnamon swirled throughout. Eaten warm with butter smeared all over it is heavenly! 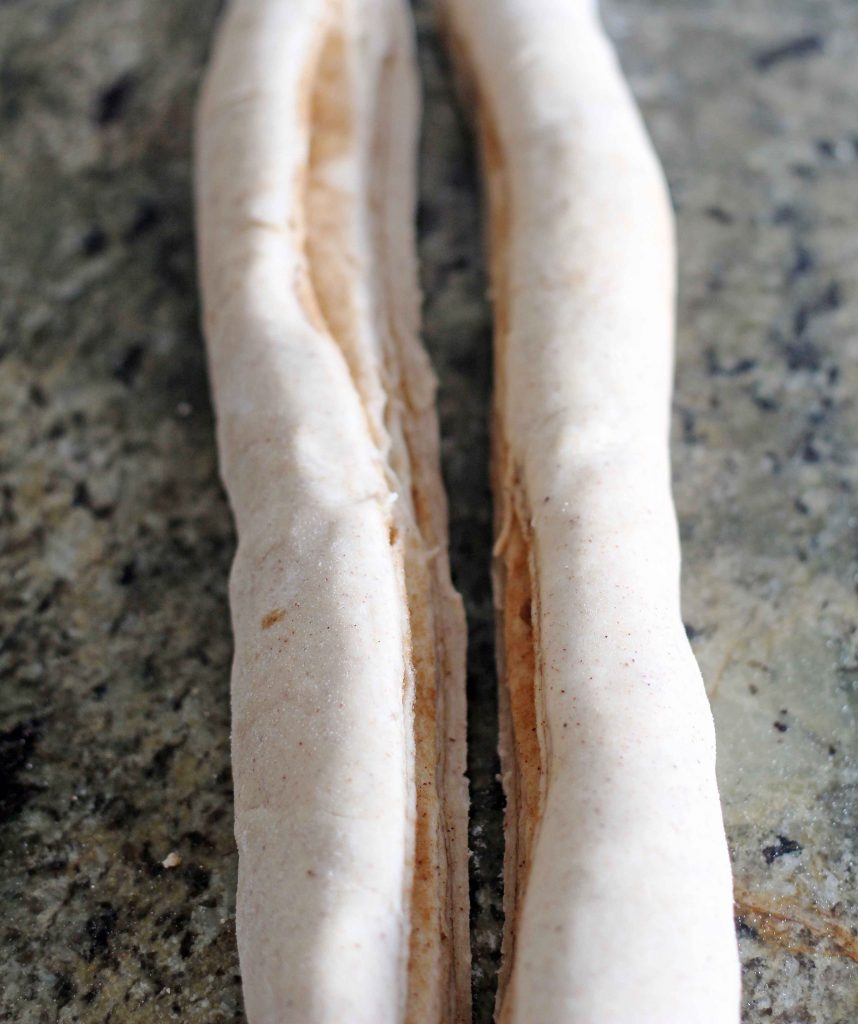 Once it’s  rolled up jelly roll style, use a sharp knife or bench scraper to cut it in half lengthwise. 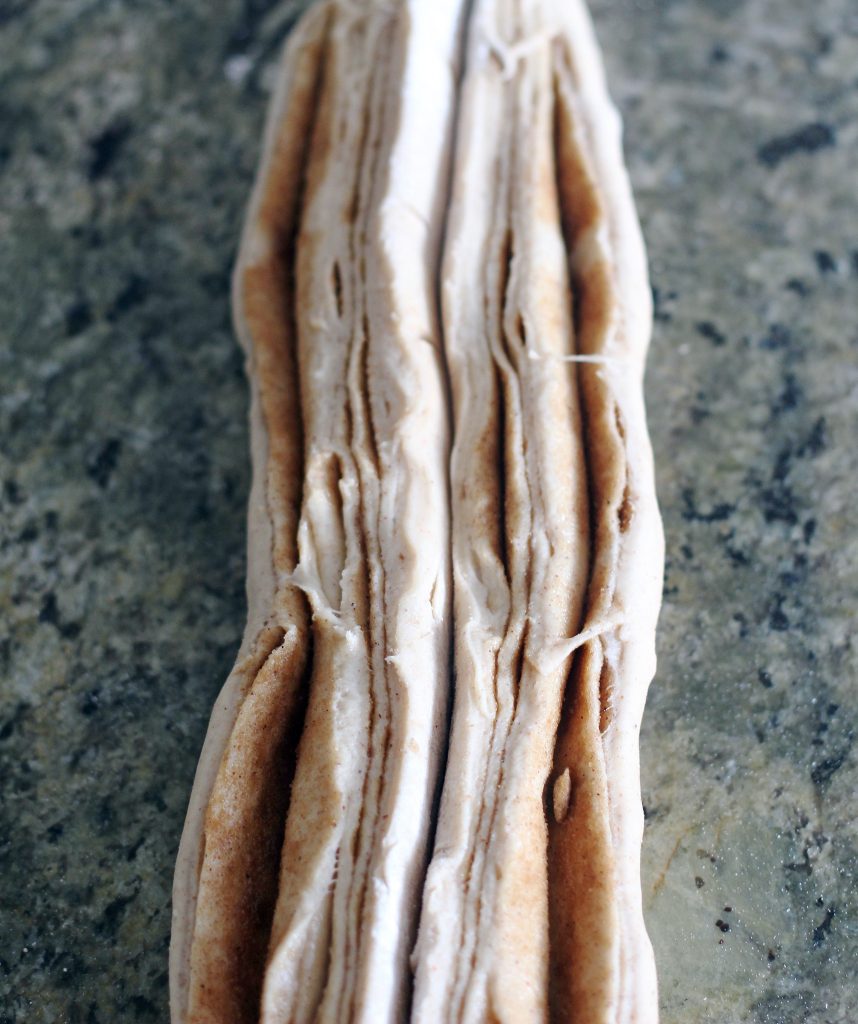 Rotate each half so the cut side is face up. 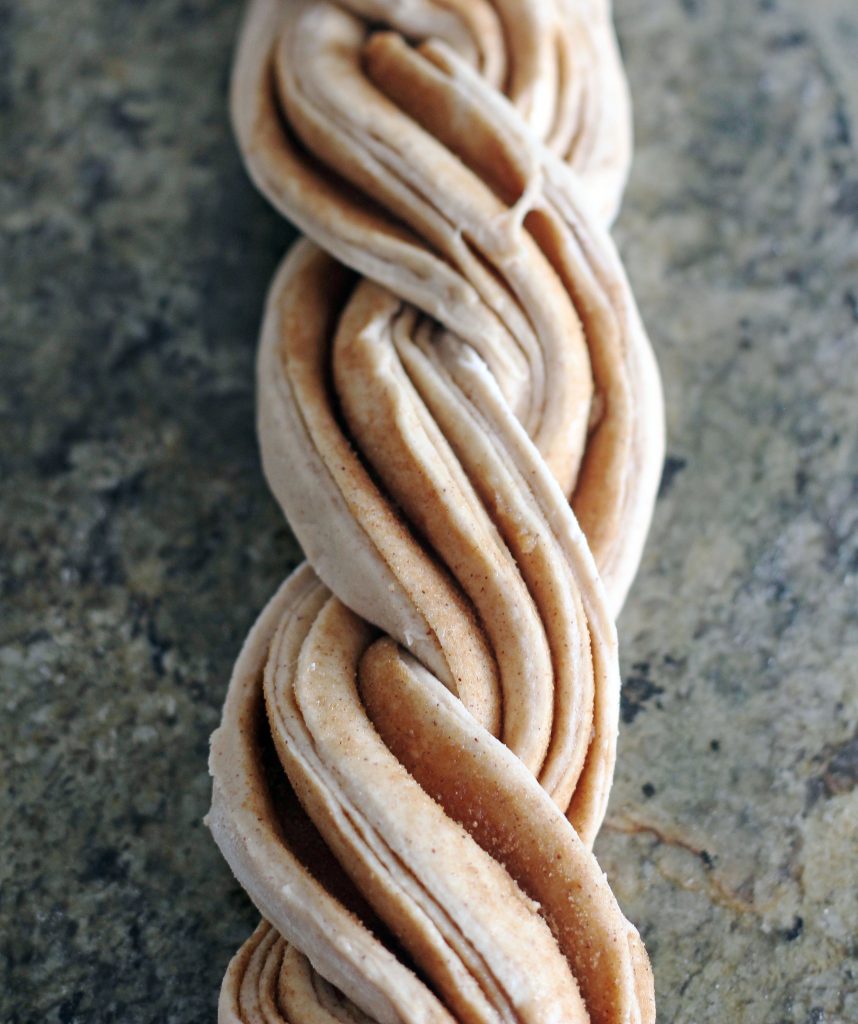 Pinch the two pieces together at the top and then carefully twist them together, keeping cut side face up. 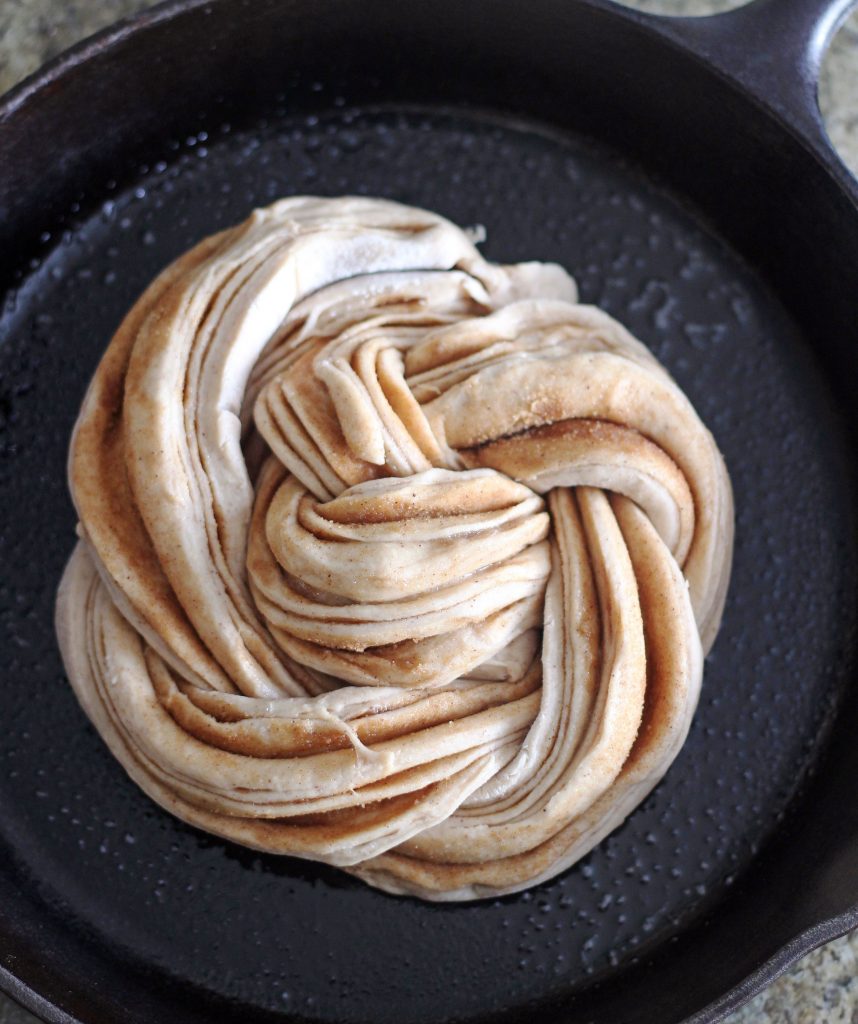 Now twist it into a spiral, tucking ends underneath. 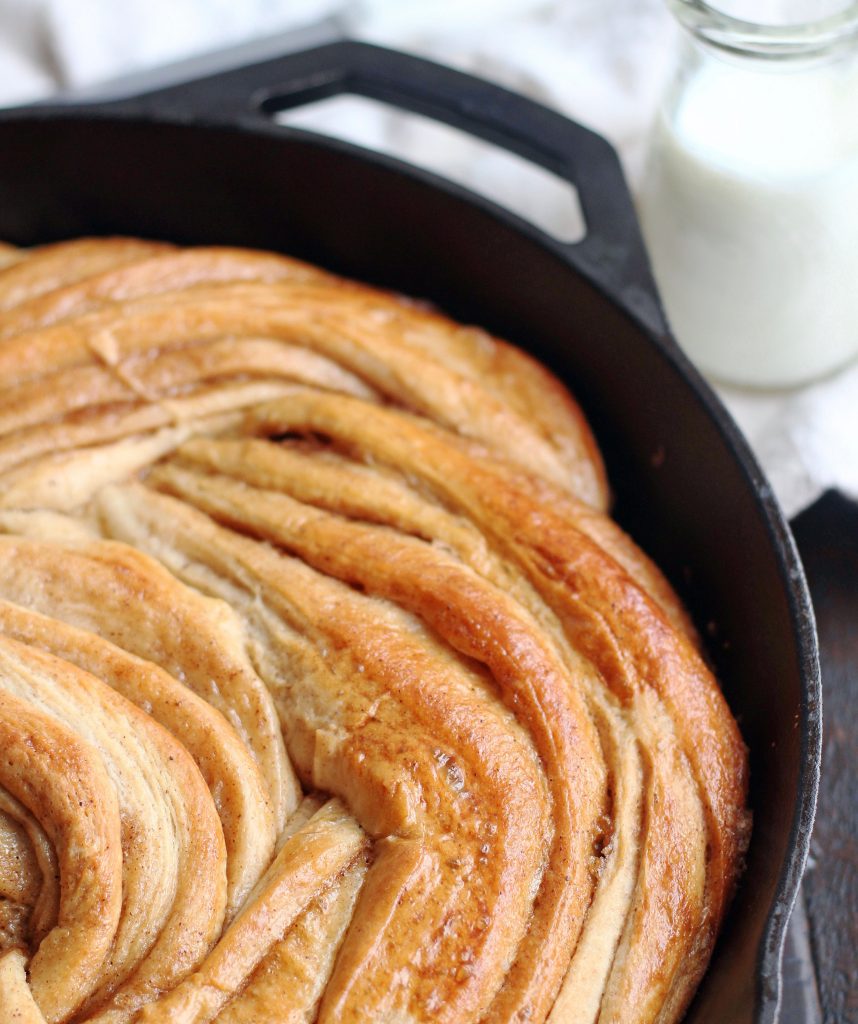 Let it raise and then bake it up and it turns into this beautiful, golden pan of deliciousness. 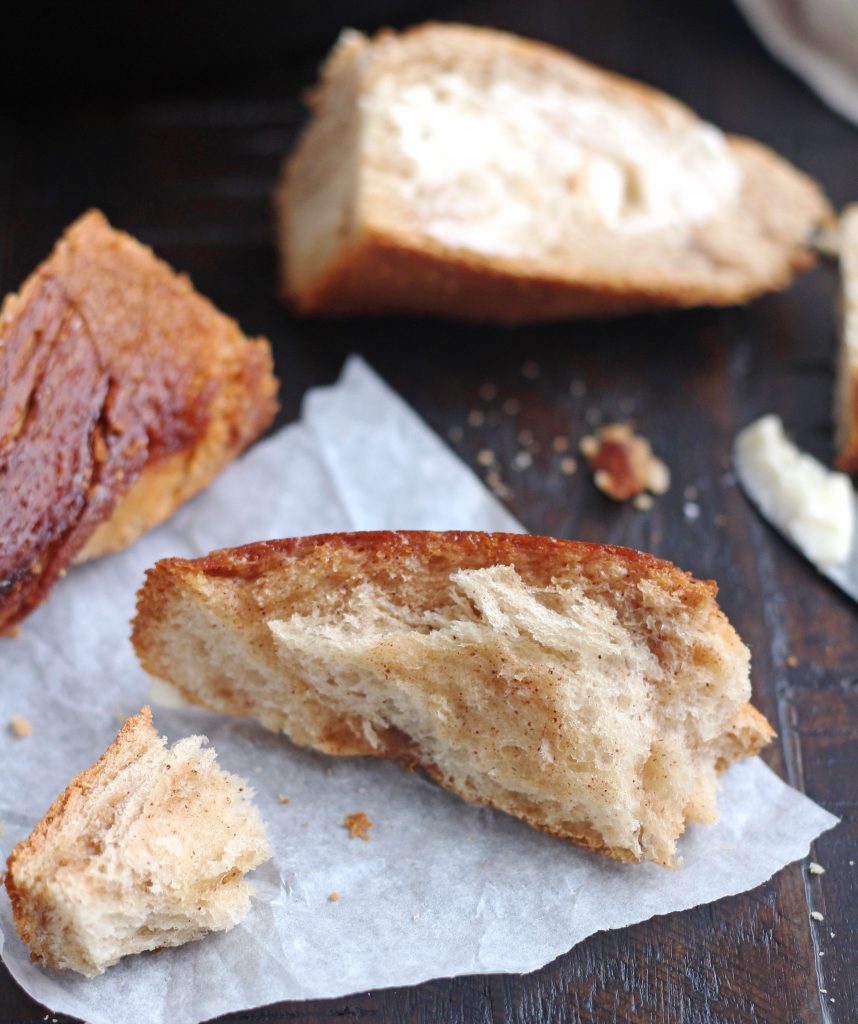 The instructions may look long and daunting, but I promise this is so simple to make.

Your house smells amazing while it’s baking! You will love this bread!

This Cinnamon Swirl Bread is ah-mazing!  Tender, slightly sweet and absolutely amazing with golden swirls of cinnamon throughout.  Easier to make than you might think.

You can see this bread isn’t super “tall” because I put mine in a 12-inch skillet, thinking it was a 10-inch (oops!). Because the pan was a little bigger than is should have been, the bread spread out more than it should have as it raised. It was still amazing, but if you make this and use the right size pan, yours should turn out a little taller.

If you don’t have a cast iron skillet, you can use any 10-inch oven-safe skillet.