This Cinnamon Swirled Pumpkin Coffee Cake is dense, not too sweet and has swirls of buttery cinnamon-sugar yumminess throughout. It’s delicious. 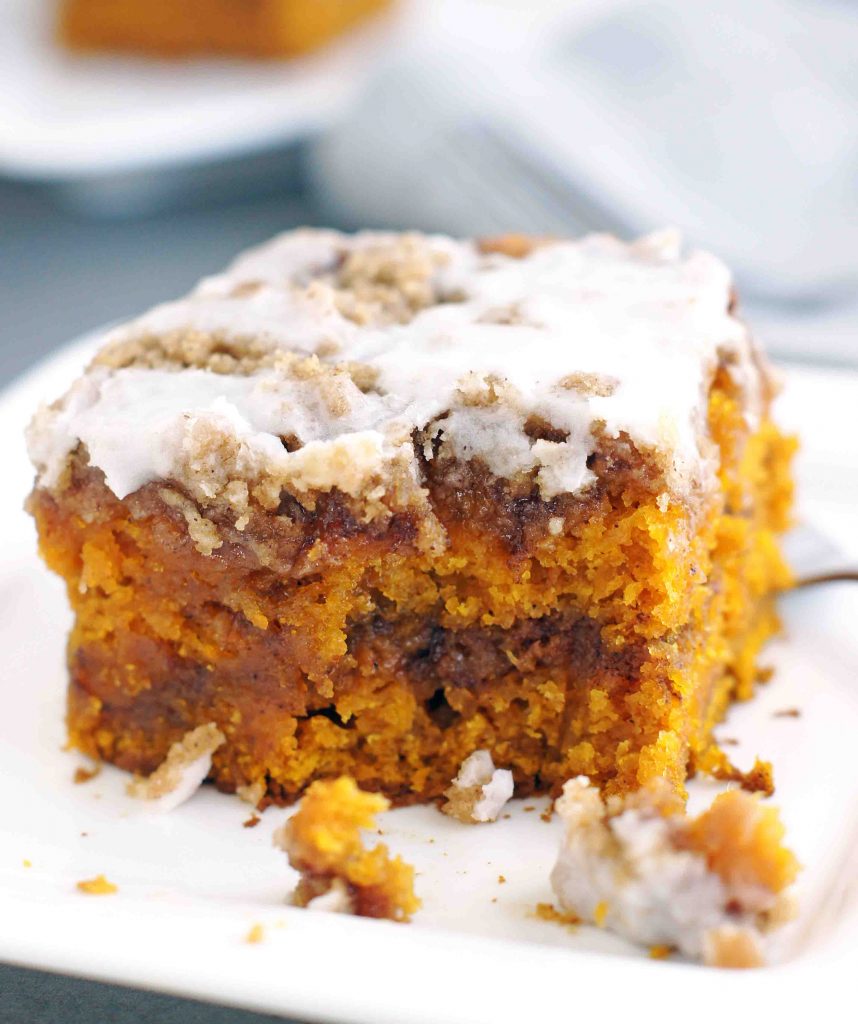 I think I died and went to pumpkin heaven when I took the first bite of this cake. Now while chocolate will always be my first true love, anything pumpkin is a close second.

This is coffee cake meets pumpkin pie and it is definitely a winning combination. It’s phenomenal, actually. Dense, not too sweet, super moist and the buttery cinnamon & sugar swirls are ah-mazing! 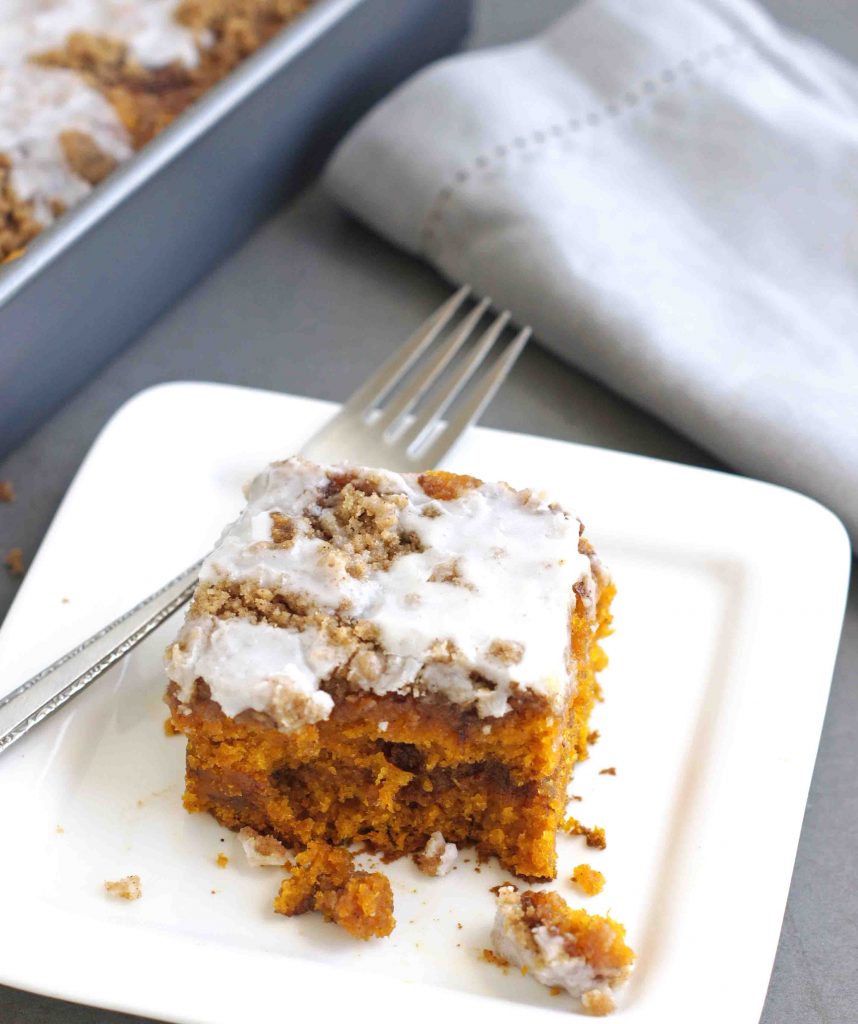 I knew I couldn’t leave this cake sitting around my house so some lucky friends got some. If you don’t believe me when I tell you how good this is, I’m highly confident they would back me up. My friend Heather sent me a text that said: “So, I’m gonna need to make that cake tomorrow. . . and probably every day after that.”

Yeah, this cake is a winner! I look at it this way, it’s loaded with pumpkin so by consuming mass portions of this cake like I did, I easily got my fruit intake for the week, right? 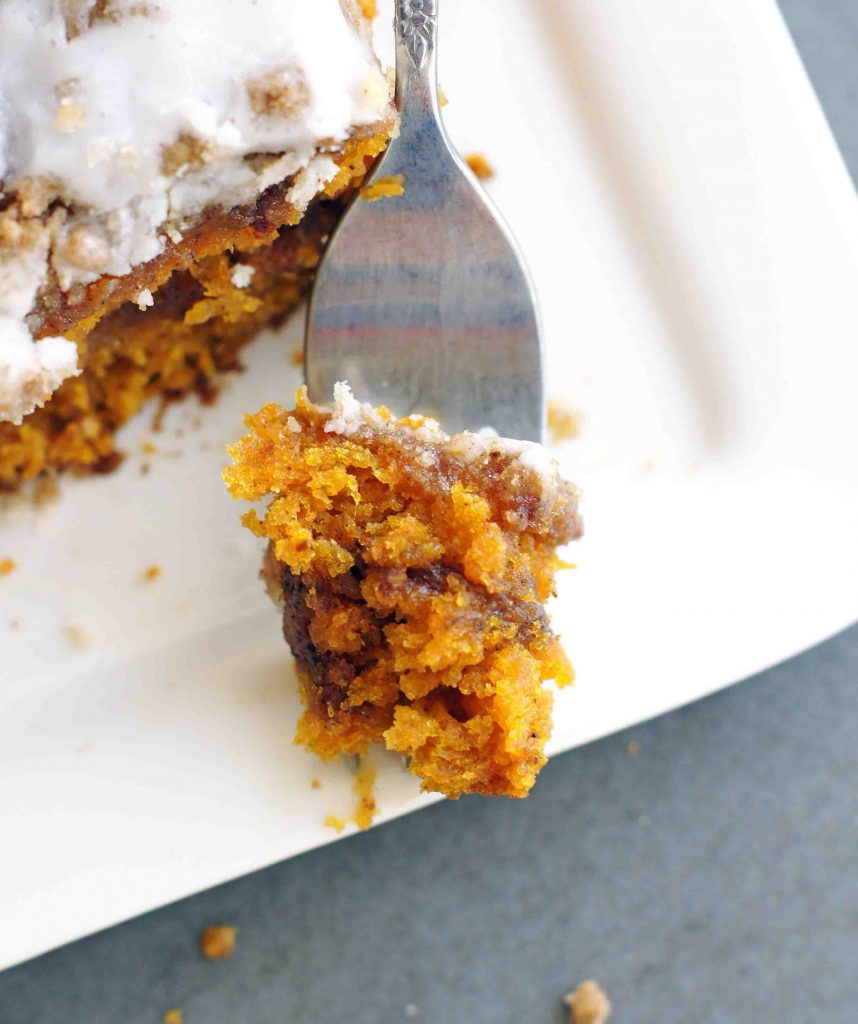 I think I waited a wee bit too long before I poured the glaze over it. If the cake had been just slightly warmer, the glaze would have seeped down into the cake a little more, which could only make this cake even more spectacular.

Recipe Source: Adapted slightly from Buns In My Oven