Pretzels covered in cinnamon sugar and drizzled white chocolate, what’s not to love? These White Chocolate Cinnamon Sugar Pretzels are amazing and addicting! You won’t be able to stop munching on them!

I first shared the recipe for these White Chocolate Cinnamon Sugar pretzels seven years ago (yikes!). Seven long years that these have been buried in my archives, so today they are making another appearance in this year’s 12 Days of Sugar because they are well-deserving of it.

These are a favorite around our house. Parker asks me to make them all the time and I usually have to ignore him because if I make them, I end up eating way too many of them. These are insanely good and highly addictive so consider yourself warned. If I tell myself I’m only going to eat a small handful, I know it’s just a big fat lie.

The first year I made these and delivered them to friends and neighbors, I got so many texts raving about them and asking for the recipe. They are honestly the perfect treat for gift-giving for so many reasons.  They’re simple to make, fast, inexpensive, and taste amazing! 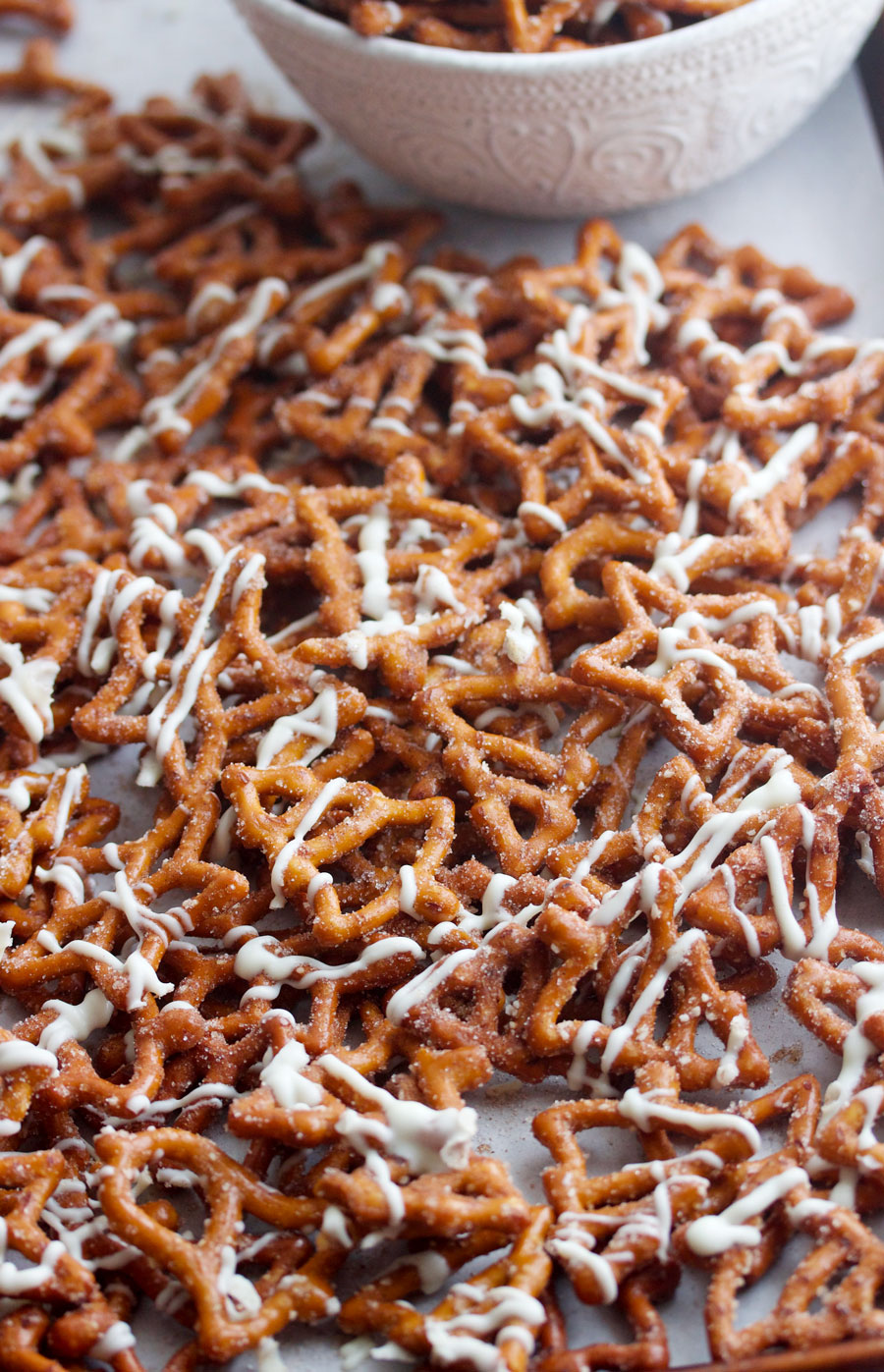 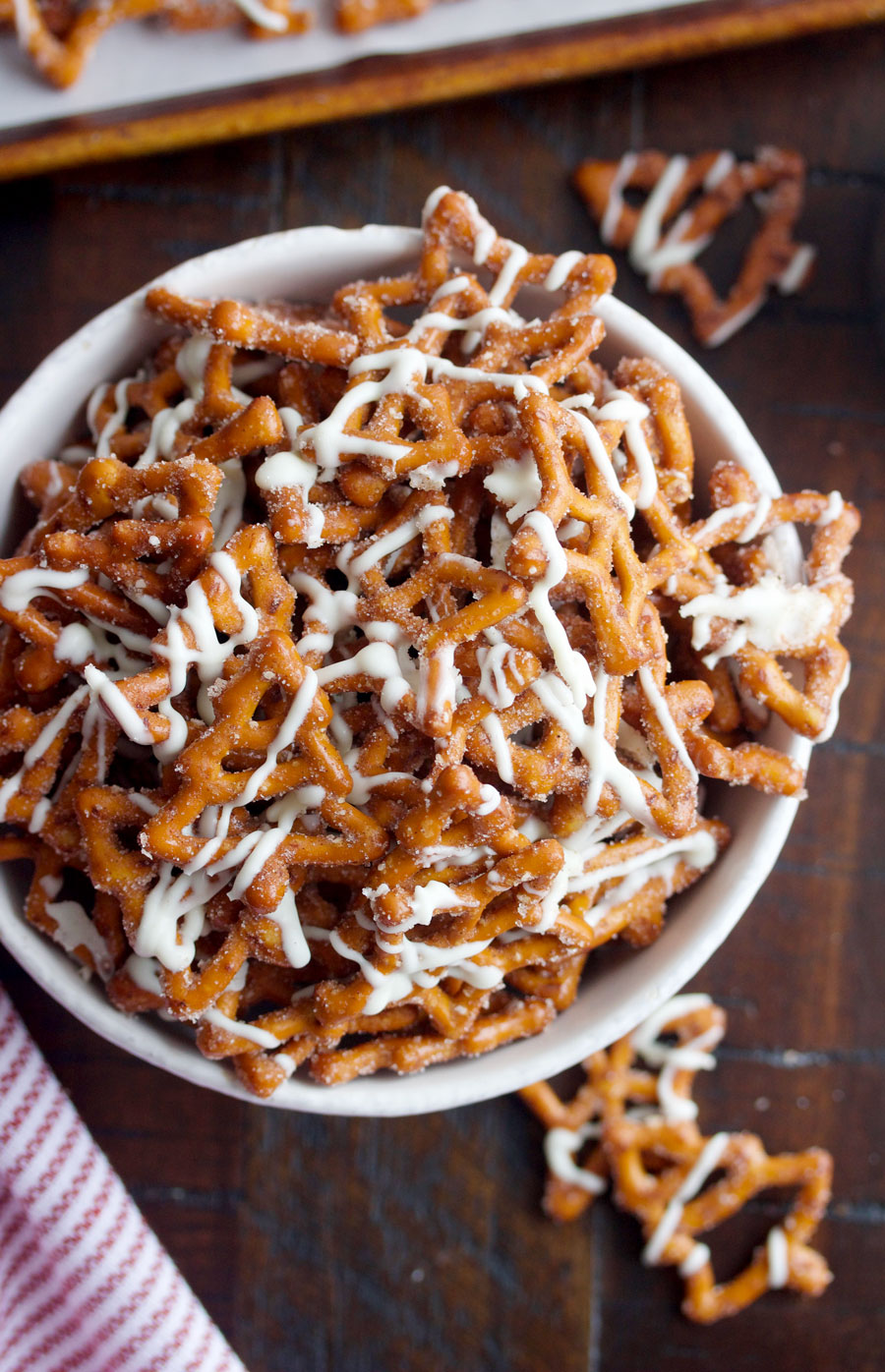 When I first started making these seven years ago, I would buy Christmas shaped pretzels at Sam’s club. They stopped selling them a few years ago which made me so sad. But I found them online this year at Walmart. I had them shipped to the store so shipping was free. I think the Christmas shapes make these even better (lol!)

Honestly, neighbor treats don’t get any easier or faster than this!

Pretzels covered in cinnamon sugar and drizzled white chocolate, what’s not to love? These White Chocolate Cinnamon Sugar Pretzels are amazing and addicting! You won’t be able to stop munching on them!

Originally posted on December 12, 2012 as part of my 12 Days of Christmas (On the tenth Day of Sugar my true love gave to me. . . . White Chocolate Cinnamon Sugar Pretzels )