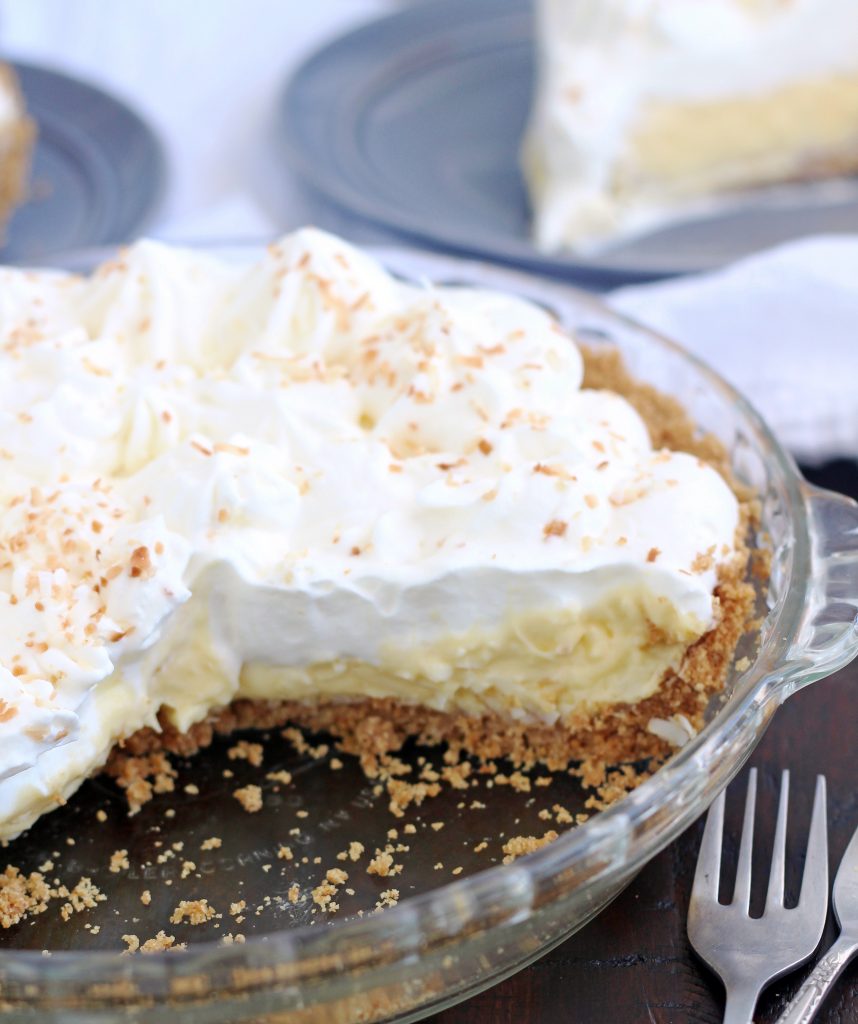 I’m a day late in posting this, but I couldn’t let Pi Day go by without making and sharing a pie recipe now could I?

I’ve had this Coconut Cream Pie marked in my Back In The Day Bakery Cookbook since the day I bought it. My problem is I’ve marked about 783 other recipes and the list keeps growing. Pi Day was the perfect excuse to finally make this pie. 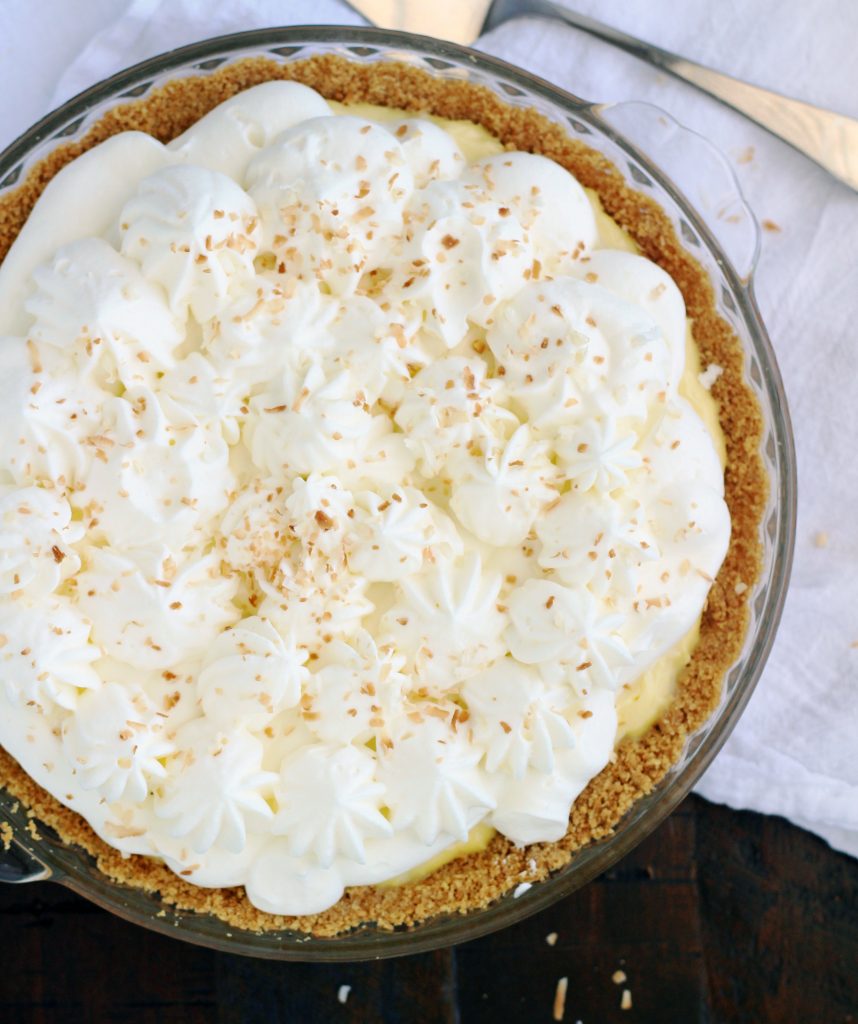 One of the things I love about this pie (besides the graham cracker crust) is that it’s not overly sweet.  The filling is creamy and decadent with just the right amount of sweetness. It’s coconut cream pie heaven! 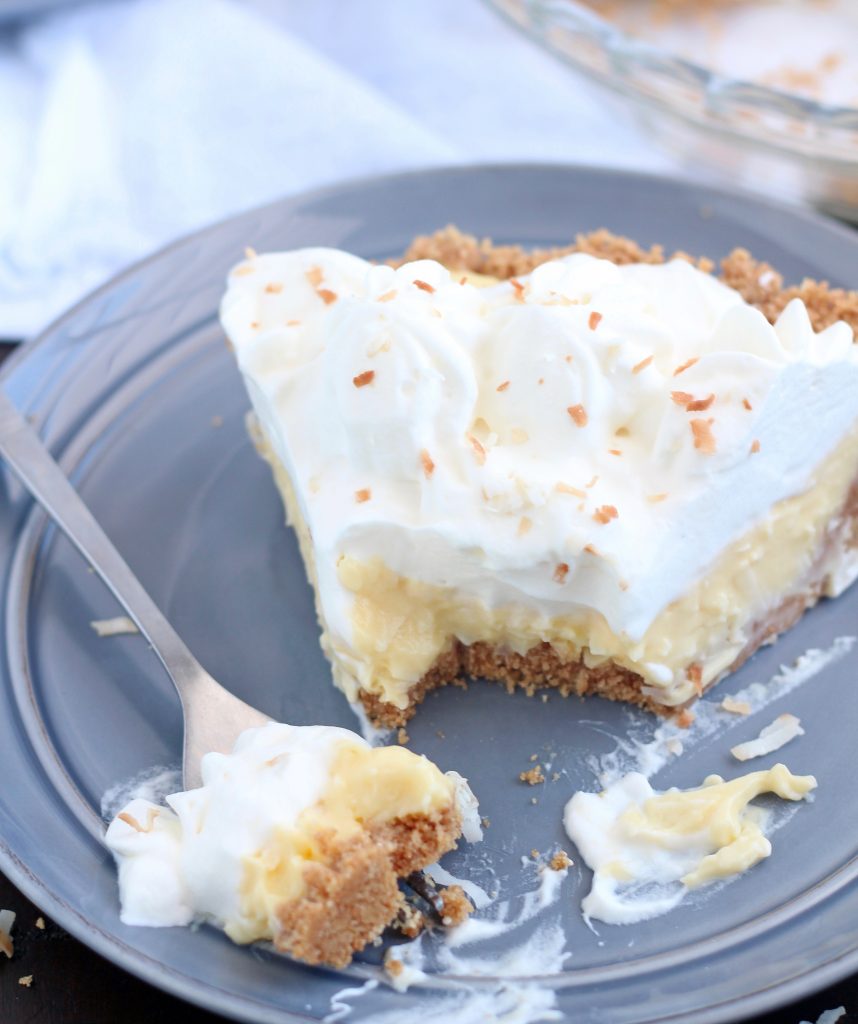 I could have eaten this entire pie all by myself, but I was nice and shared some with my boys and husband. They loved it, even Zach my I–used-to-hate-coconut son thought it was amazing. I guess while he was on in mission in Peru his tastebuds dramatically changed (or he finally got smart) and he likes coconut now. But I guess coconut has got to be waaay better than some of the things he ate while he was there.

Even though Pi Day is over, you still should absolutely make this pie.

Recipe Source: Adapted slightly from The Back in the Day Bakery Cookbook