This Danish Puff is absolutely delicious. A flaky crust, a soft egg-based center and a glaze on top. It’s so simple to make and is definitely going to “wow” anyone you share it with. 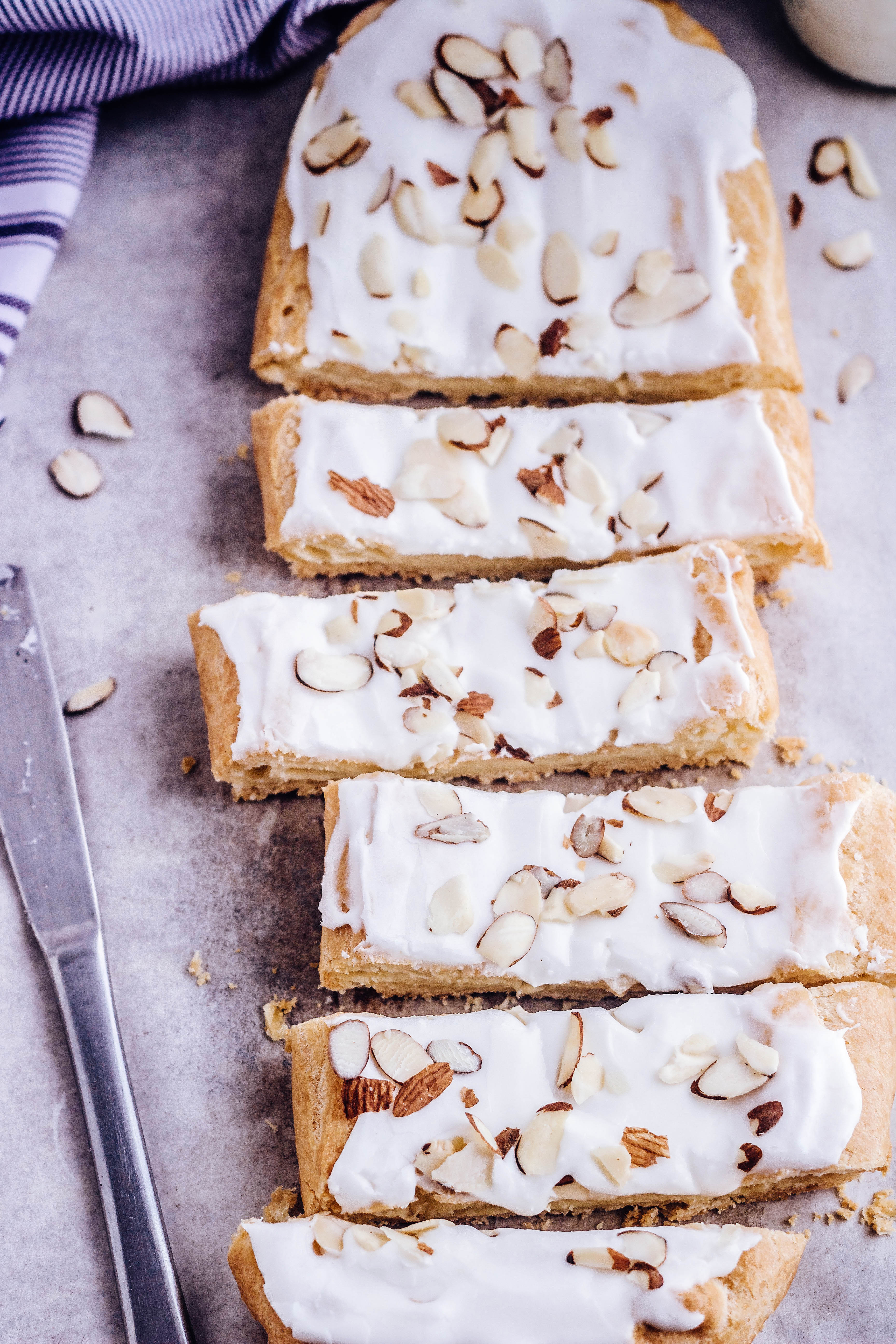 This Danish Puff definitely brings back memories from my childhood.

My mom made this Danish Puff so many times when I was growing up. It was one of her go-to neighbor treats at Christmas. I remember helping her make these many, many times.

She got the recipe from her old Gold Medal Cookbook that I’ve mentioned before. I wish you could see her copy of it. It’s tattered and torn, has food stains all over it and has her handwritten notes in it. I love everything about that cookbook because so many recipes in it are part of my childhood. I found my own copy a few years ago on ebay, but I’ve told my mom I still get hers when she dies, just for those reasons above.

Until you taste this Danish Puff, you really won’t believe how good this is.

My husband took one into the office and one of the guys told him he’d better not bring it ever again because he couldn’t stop eating it. 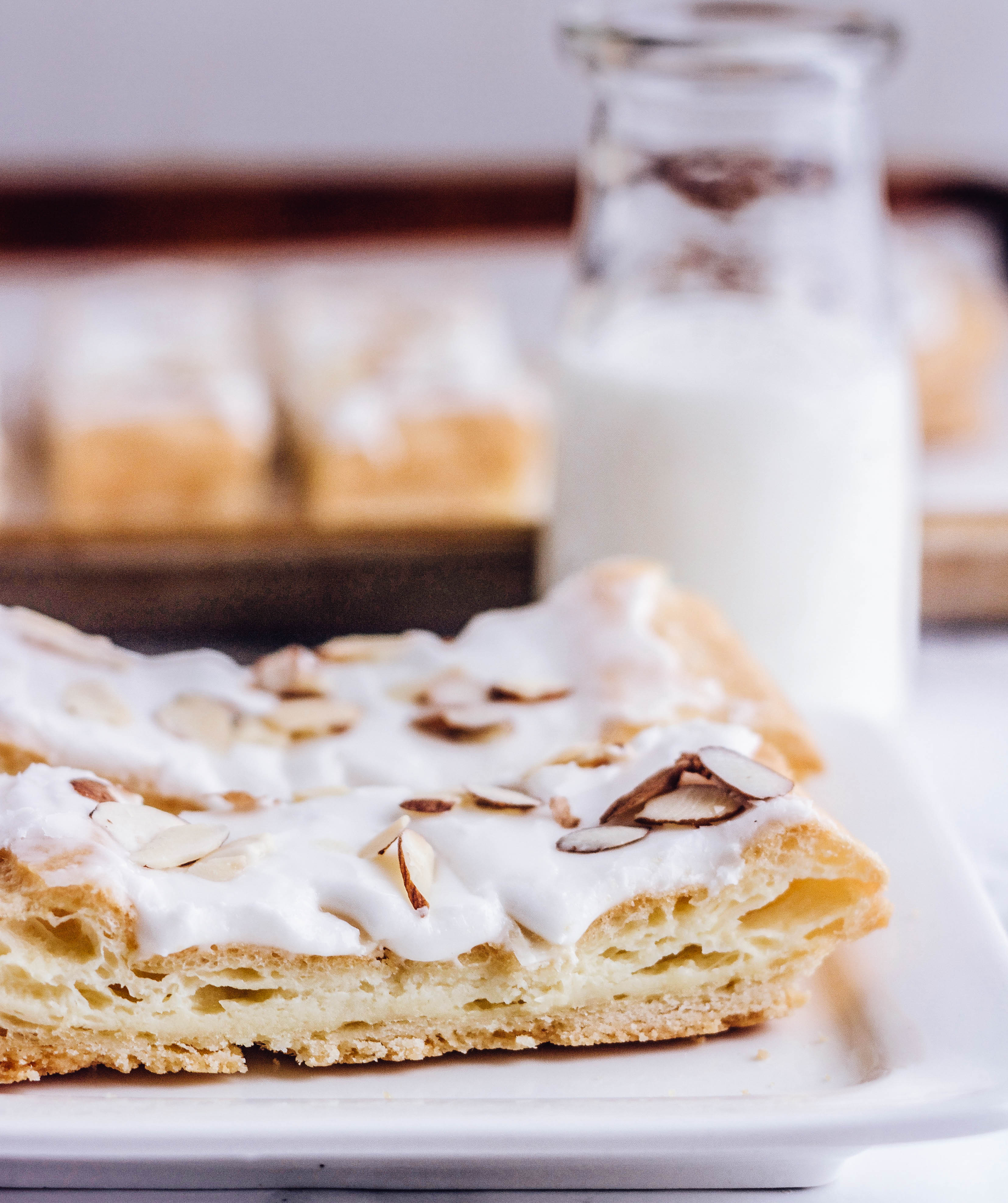 I know it kind of looks like nothing spectacular, but I promise it is. It starts off with a flaky layer followed by an egg based bread layer, Then you top it off with an almond glaze. It’s delectable.

If you’re not a fan of almond like my friend Heather isn’t, then you’re truly missing out. Now my sister-in-law on the other hand is probably the world’s biggest almond fan ever. It’s her “secret” ingredient in everything. So I know she would love this.

These really are simple to make. After you make the pastry layer, make two 12″ x 3″ rectangles. (Yes you make two, even though I’m only showing one here.) 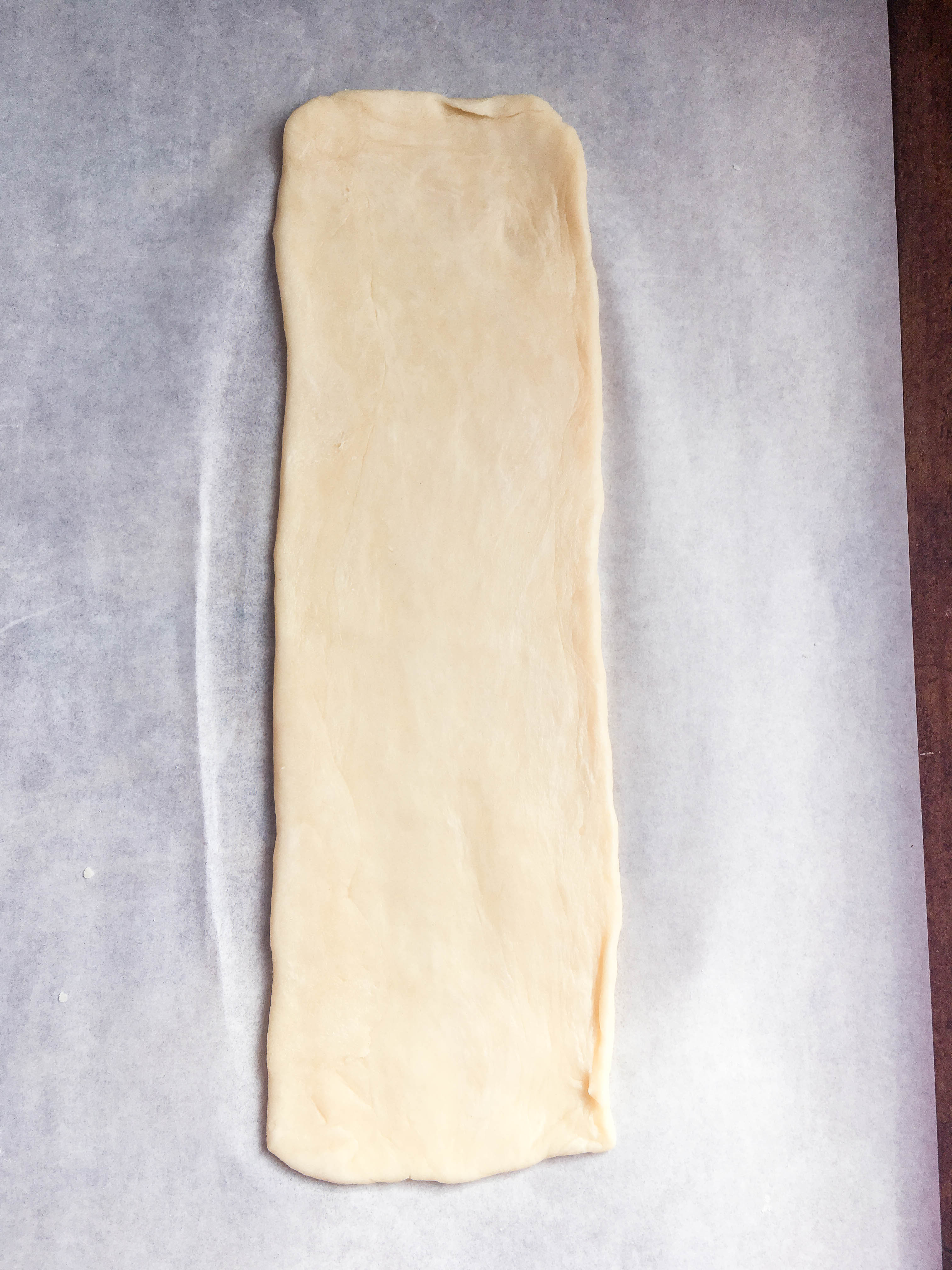 Then you make the topping and divide it equally among the two rectangles and spread. 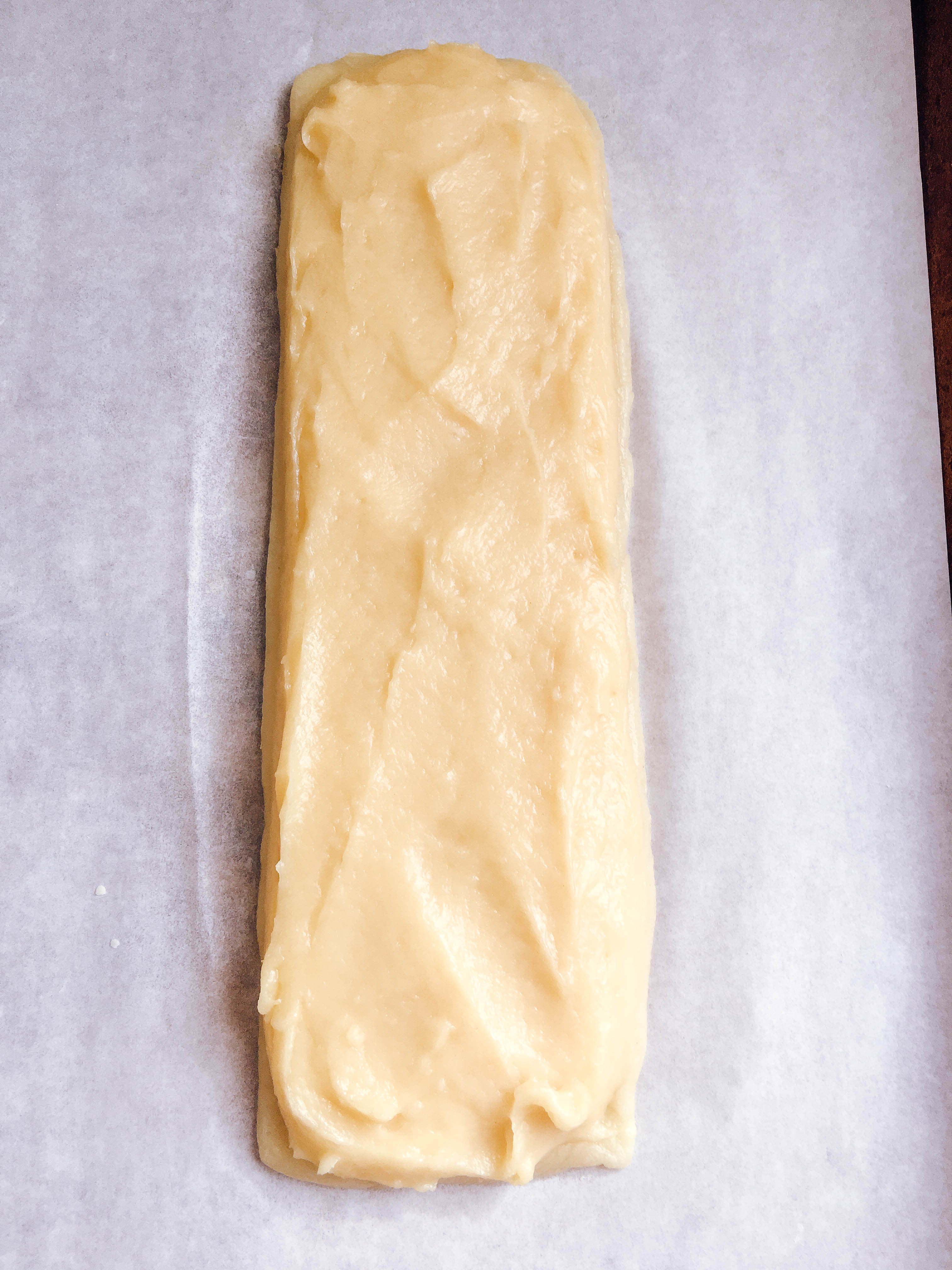 Throw them in the oven and they’ll puff up and turn into the most beautiful things ever.  Now don’t be alarmed when it falls after it comes out of the oven, it’s supposed to.

Let it cool and then spread the glaze on top and sprinkle with nuts, if desired. 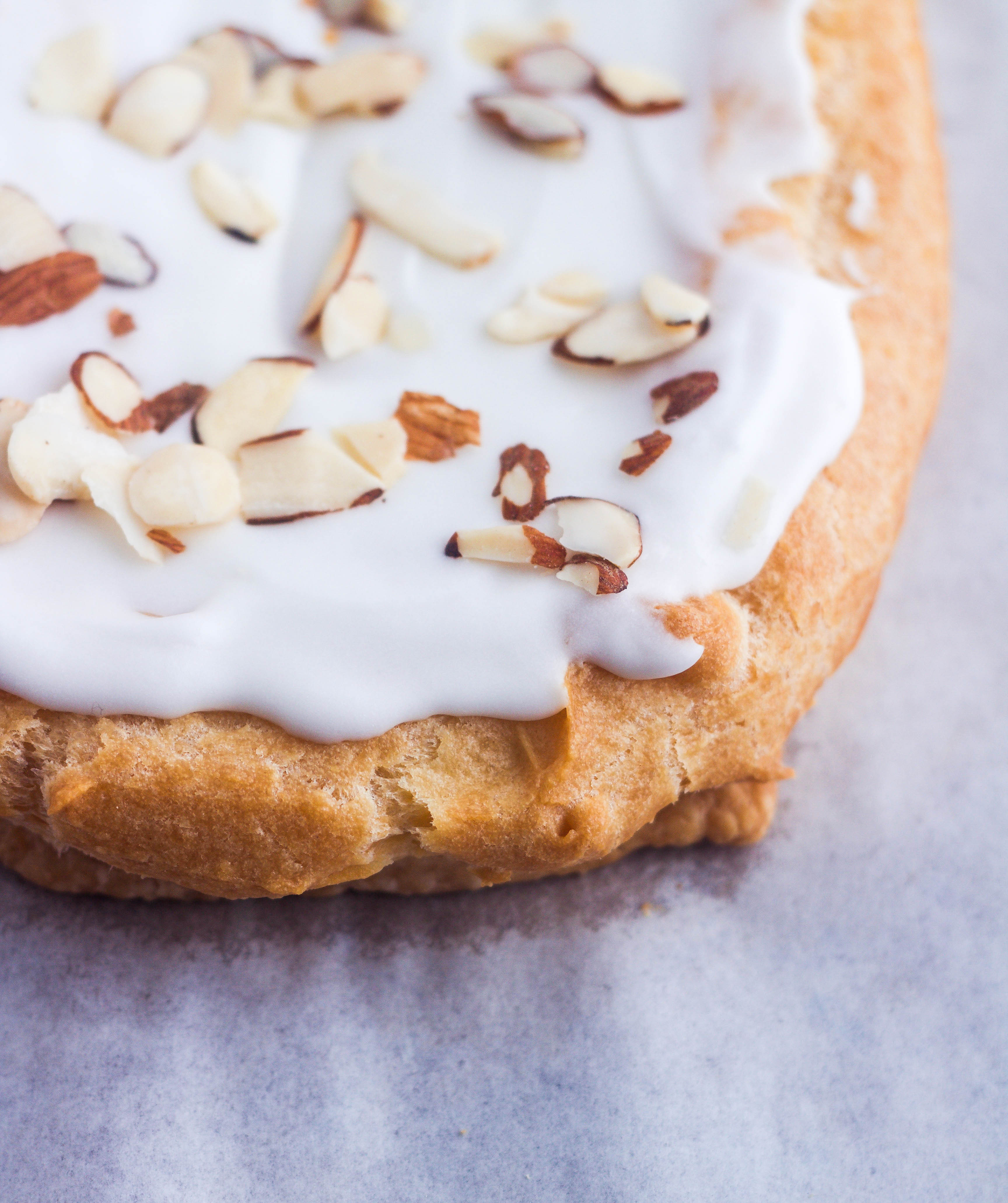 I absolutely love this Danish Puff and I promise you will too.

his Danish Puff is absolutely delicious. A flaky crust, a soft egg-based center and a glaze on top. It’s so simple to make and is definitely going to “wow” anyone you share it with.