This Farmhouse Chicken and Corn Chowder is creamy, rich, hearty and definitely hits the spot on a cold, wintry night. Done in your slow cooker which makes it even better! 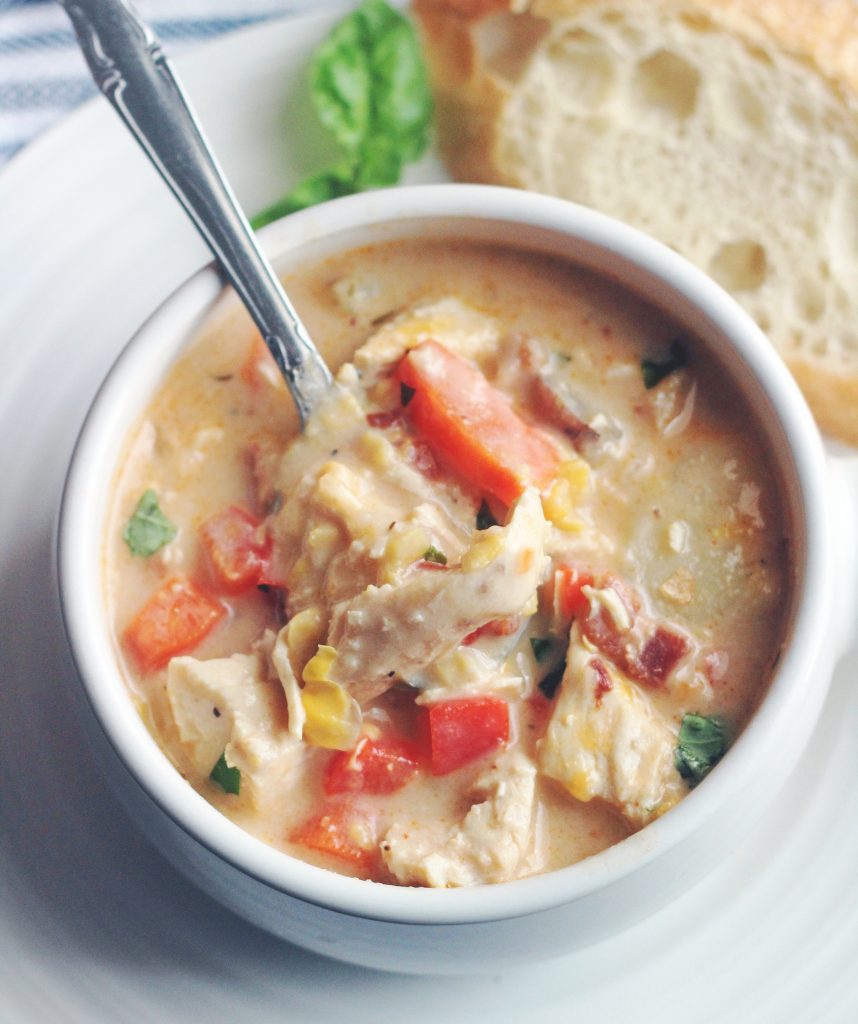 This Farmhouse Chicken and Corn Chowder is the perfect soup for those days when you just can’t seem to get warm. . .which would be me every single day during the winter (I’m literally wrapped in a blanket as I’m sitting here typing this post 😂).

This soup scored raved reviews at our house. In fact, a couple of my boys had it for lunch the next day. Then a couple nights later when I reheated the leftovers of this soup and another soup I’d made that week, everyone went for this one.

Now for Braydon (the kid who picks out chunks of anything green or red) to love this, not even pick out anything and then choose it over white chicken chili on leftover night, that speaks volumes about how good this soup is.

It’s hearty and packed with so many delicious things, it’s hard not to love it.

Bacon, red potatoes, carrots, and red bell peppers are just a few of the yummy ingredients in this chowder. 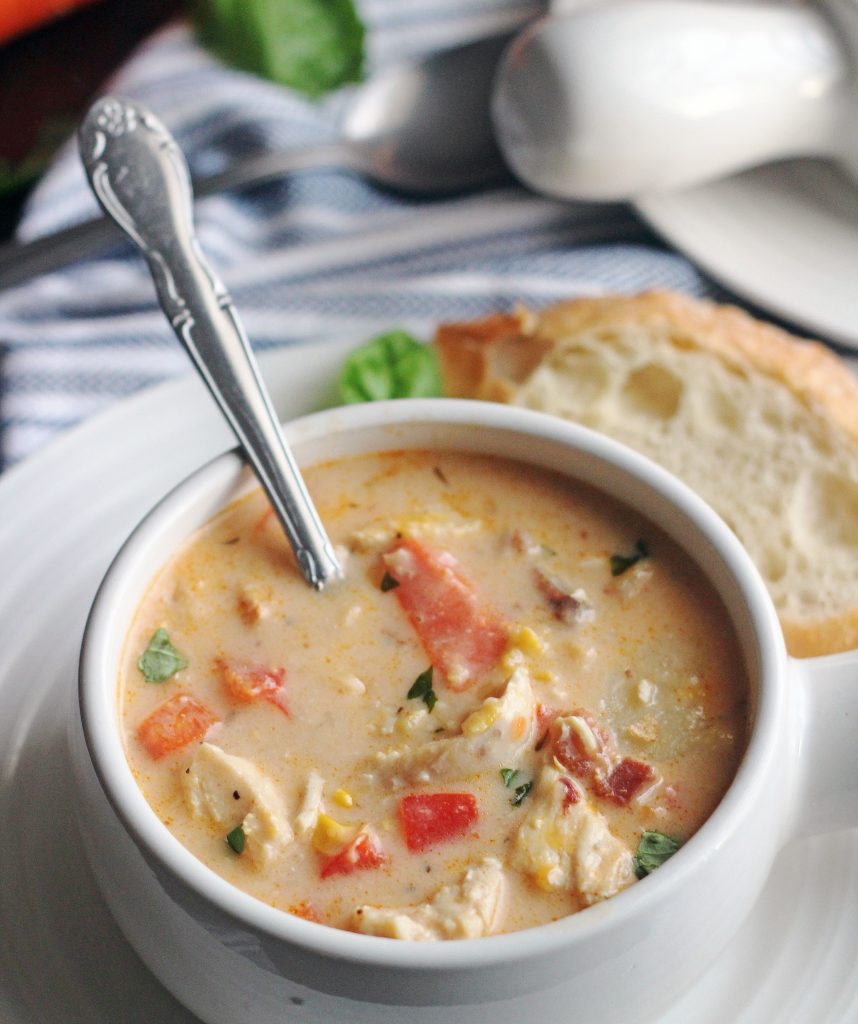 The can of creamed corn and heavy cream make it rich and creamy and the chipotle chile gives it just the slightest bit of kick. You guys, it really is so, so good.

Please don’t skip the minced chipotle. It’s definitely one of the stars of the show here. It gives this soup a smoky flavor that takes it a whole other level.

This is one of the slow cooker recipes that does require a few more steps than just “dumping” everything in, but I promise it’s worth the few extra steps it requires.

I served this with a tossed salad and some crusty french bread and it was the perfect meal.

I mentioned before that when a recipe calls for minced canned chipotle I freeze the remainder of the can in a Ziploc bag and then just cut of a chunk of it the next time I need it for a recipe.

BE SURE AND PIN THIS TO YOUR PINTEREST BOARDS SO YOU CAN MAKE IT LATER!