If you love baked potatoes, then you’re going to love this Loaded Baked Potato Soup. It’s seriously amazing and so simple to make.

This Baked Potato Soup recipe has been buried deep in my archives. I posted it six years ago and decided many of you probably don’t even know it exists. So today I’m sharing it again with updated photos and again proclaiming our love for this soup.

There is so much to love about this soup. It’s warm, comforting, filling, creamy, delicious and really simple to make. You’re basically eating a baked potato in soup form and that sounds pretty good to me.

This soup is the perfect thing to warm you from head to toe this fall and winter season.

It’s delicious with a side salad and if you don’t mind adding a few more carbs, serve it with a piece of my cornbread.  Seriously my friends, it’s one of the most comforting and cozy meals you’ll ever eat.

I’d love to hear back from you if you give this one a try.

It is most definitely getting to be soup weather, which is possibly the only good thing about the weather cooling off.

I love soup and this Loaded Baked Potato Soup is hands down the absolute best potato soup I have ever had.  I made it on a whim the other day.I had no clue what I was going to fix for dinner, I knew soup was a possibility because the temps had dropped from 80 degrees one day to 50-something two days later and I was cold. (I know 50 isn’t really that cold to some of you, but anything below 65 is cold to me.) Anyway, I was looking through cookbooks and this soup caught my eye.  We all love baked potatoes at our house so I knew this soup would get a thumbs up from my boys. 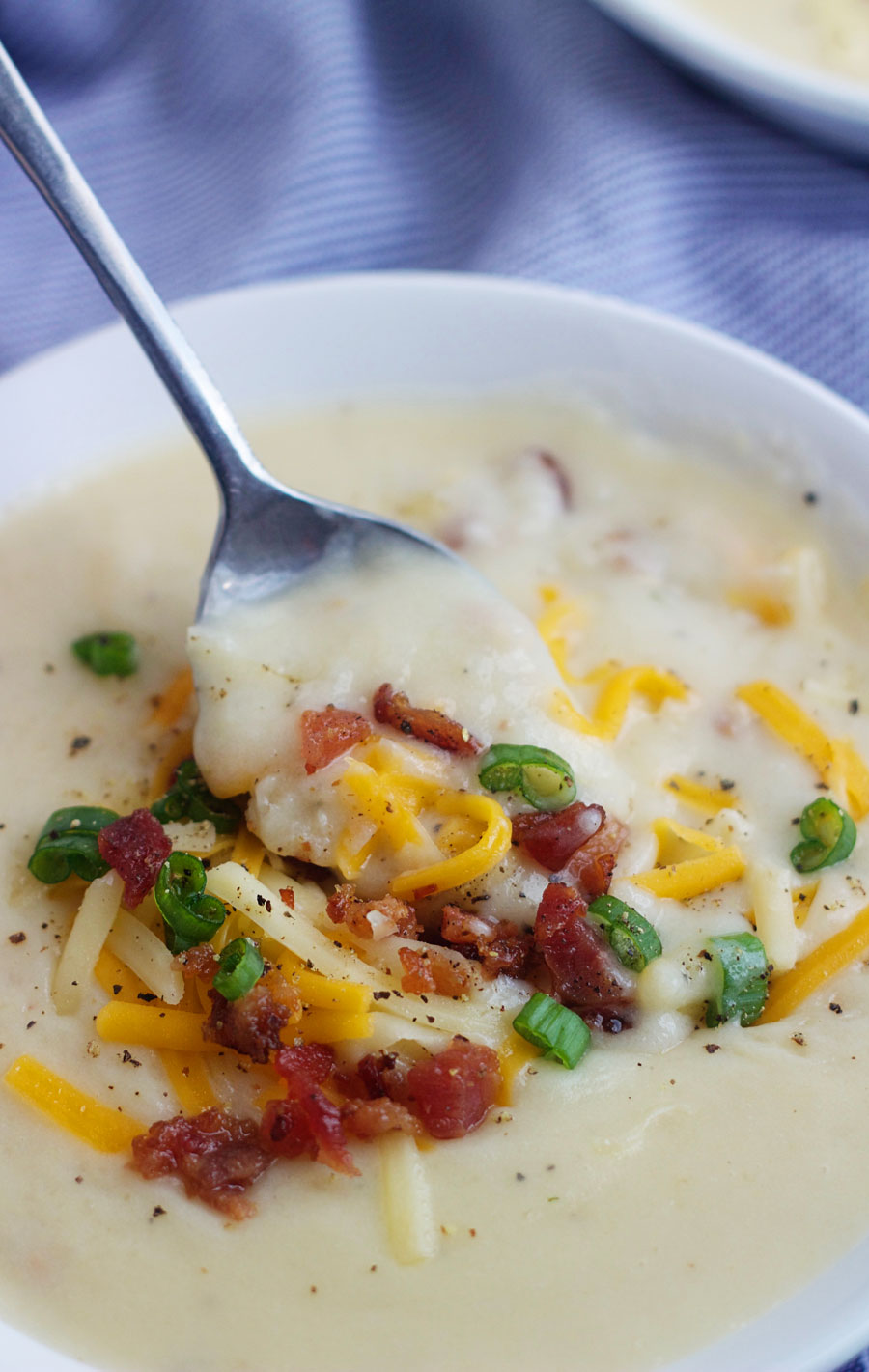 I’m not exaggerating when I say this soup will rock your world. . . it did ours!  In fact, it is sooo good I made it two days later and took it to my mom’s house.  I wish you could have heard all the oohs and ahhhs while my parents and sisters ate this soup. I told them it was good, I just don’t think they had any idea how good until they tasted it.

Make this soup!  I promise you it will be the best potato soup you’ve ever had!

If you love baked potatoes, then you’re going to love this Loaded Baked Potato Soup. It’s seriously amazing and so simple to make.

My boys love to put ranch dressing on their baked potatoes so I decided to throw in some dry ranch dressing mix. This is totally optional and you don’t have to, the flavor is not by any means overpowering, in fact if you didn’t know it was in there, you probably wouldn’t even be able to taste it.

Recipe source: adapted slightly from Cooking in the South