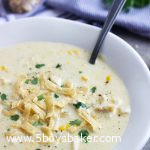 This Mexican Chicken Corn Chowder is one of those simple and delicious soups that you will want to make over and over again. Chicken, creamed corn, green chiles, half-and-half and cheese . . .it’s comforting and so satisfying! 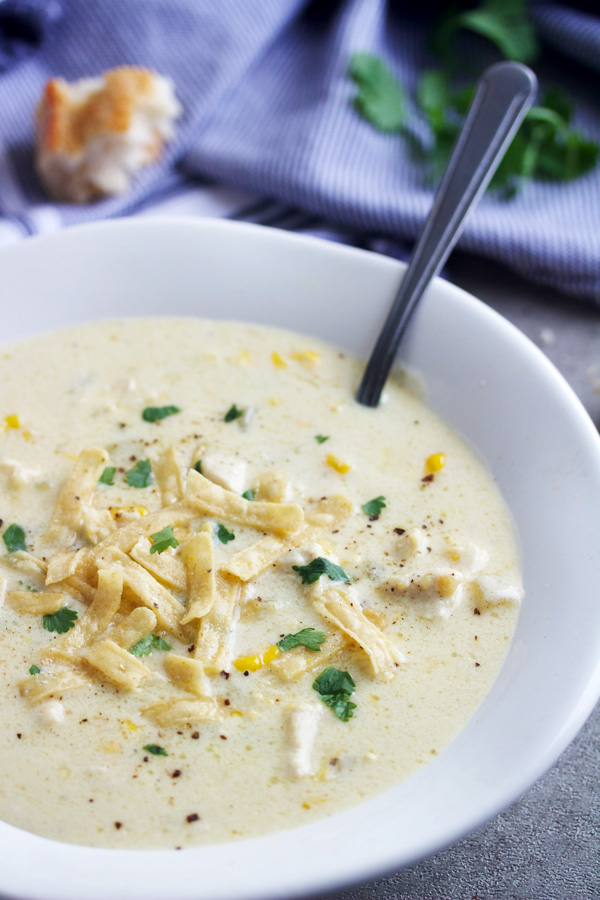 I made it last week on a total whim and we devoured every. last. drop. which meant I was left with an empty pot and no pictures.  So I had no choice but to make it again.  When my boys asked what was for dinner the other night I told them “that soup I made the other night.” Their responses went something like this: You mean that one that I chowed on and I loved that soup!

I was much smarter the second time around and doubled the recipe, which I highly recommend. This soup is just crazy good, I promise you.

The first night I made his I served it with some warm homemade whole wheat bread  . . Mmmm! the second time around I served it with a delicious quick cheese bread that was out of this world. Add in a salad and you’ve got yourself an absolutely fabulous dinner! 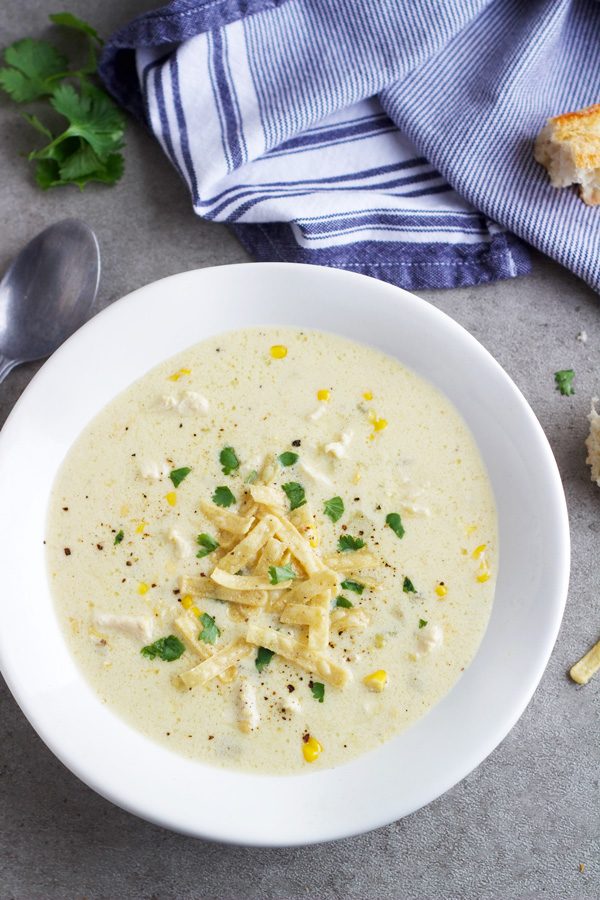 Once it has cooled completely store in an airtight container in the refrigerator. It will last for about 5 days. I don’t recommend freezing this chowder because the texture of the chowders can be mushy or change when they’ve been frozen. However, if you really want to and don’t mind mushy chowder, store it in an airtight container or heavy duty ziplock bag for up to 1 month in the freezer. Let thaw in the refrigerator before warming up. When you’re ready to eat it, place it in a pot on the stovetop and warm up slowly, stirring occasionally.  Serve and enjoy!

COULD I USE A ROTISSERIE CHICKEN?

Yes you could and I have a few times when I’ve made this, just to save a little time. Go ahead and sauté the garlic and onion in the butter and then throw in the shredded rotisserie chicken.

Cold weather means lots of warm, comforting soup around here, and that’s ok with me. . . the soups, not the cold weather that is.😉