These No Yeast Cinnamon Rolls are absolutely unbelievable! No yeast means no rising time which means no waiting hours for a delicious, fresh cinnamon roll. You are going to love these! 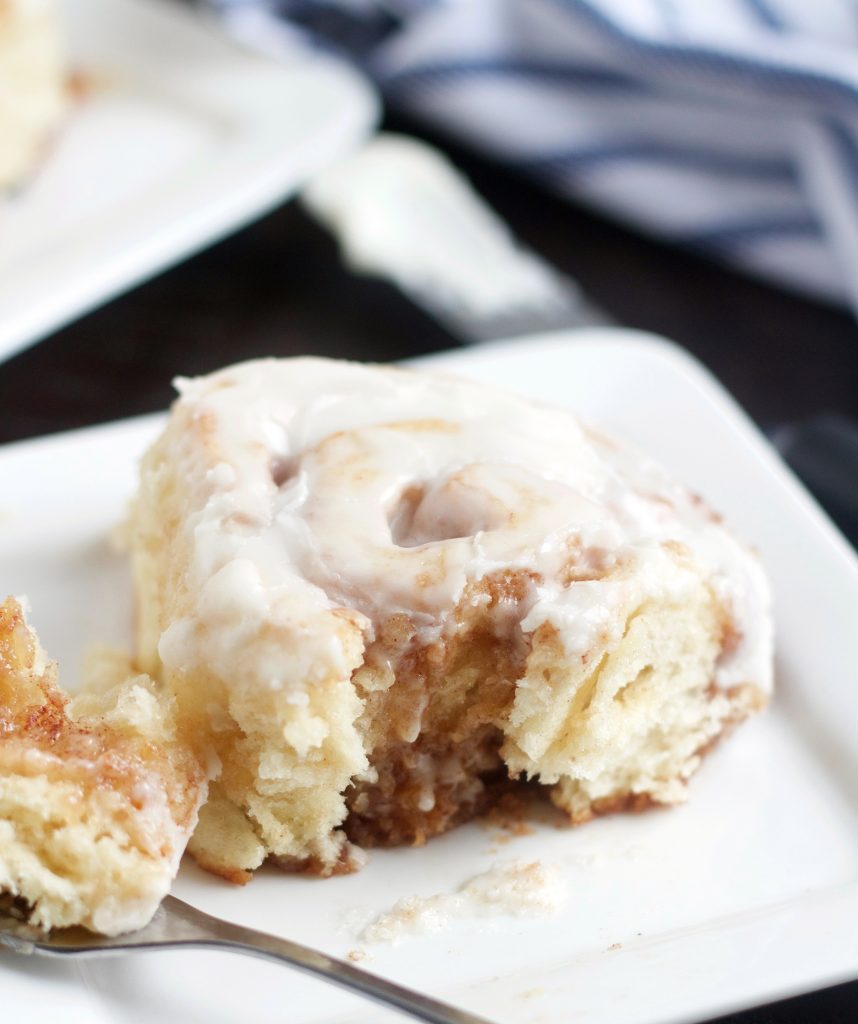 I absolutely love any and all cinnamon/sweet rolls.

It’s pretty obvious based on all the different cinnamon & sweet roll recipes I have on my site. The problem is most cinnamon roll recipes take hours to make and let’s be honest, when you’re craving one, who really wants to wait? I don’t, which is I make my Cinnamon Roll Biscuits fairly often. 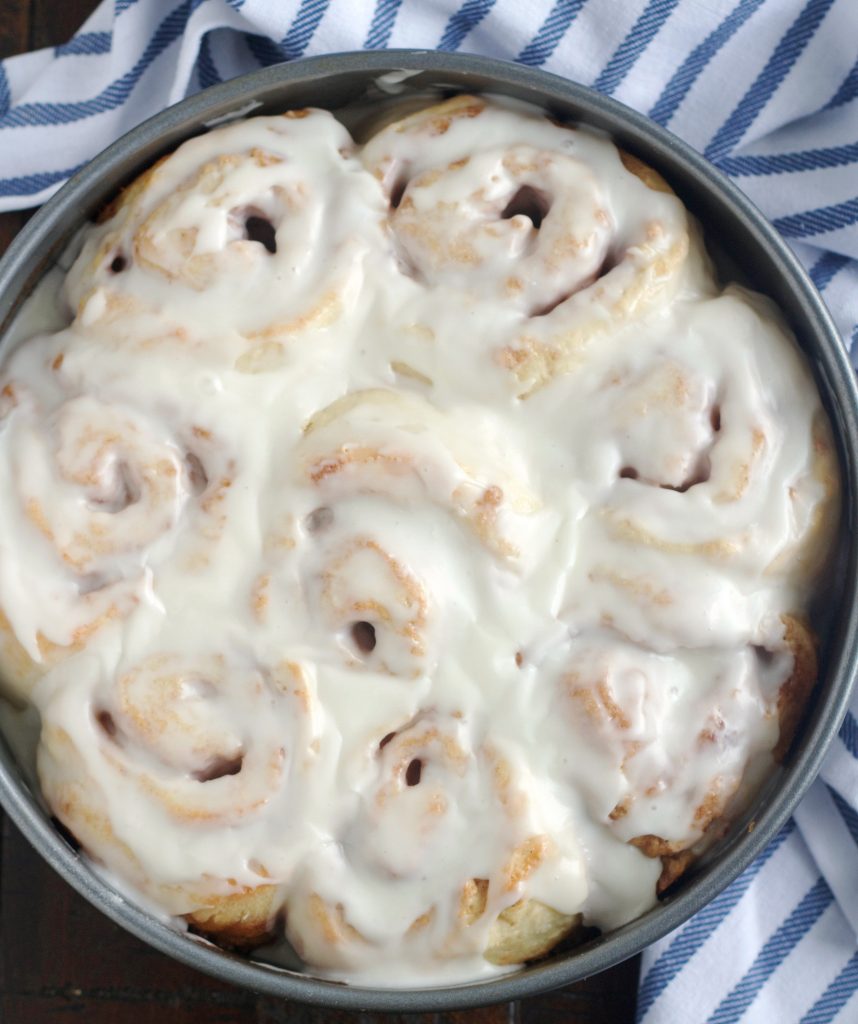 When I came across this recipe for No Yeast Cinnamon Rolls the other day, you can only imagine my excitement. These are even quicker to make than these 60-Minute Cinnamon rolls (which I completely love by the way)! 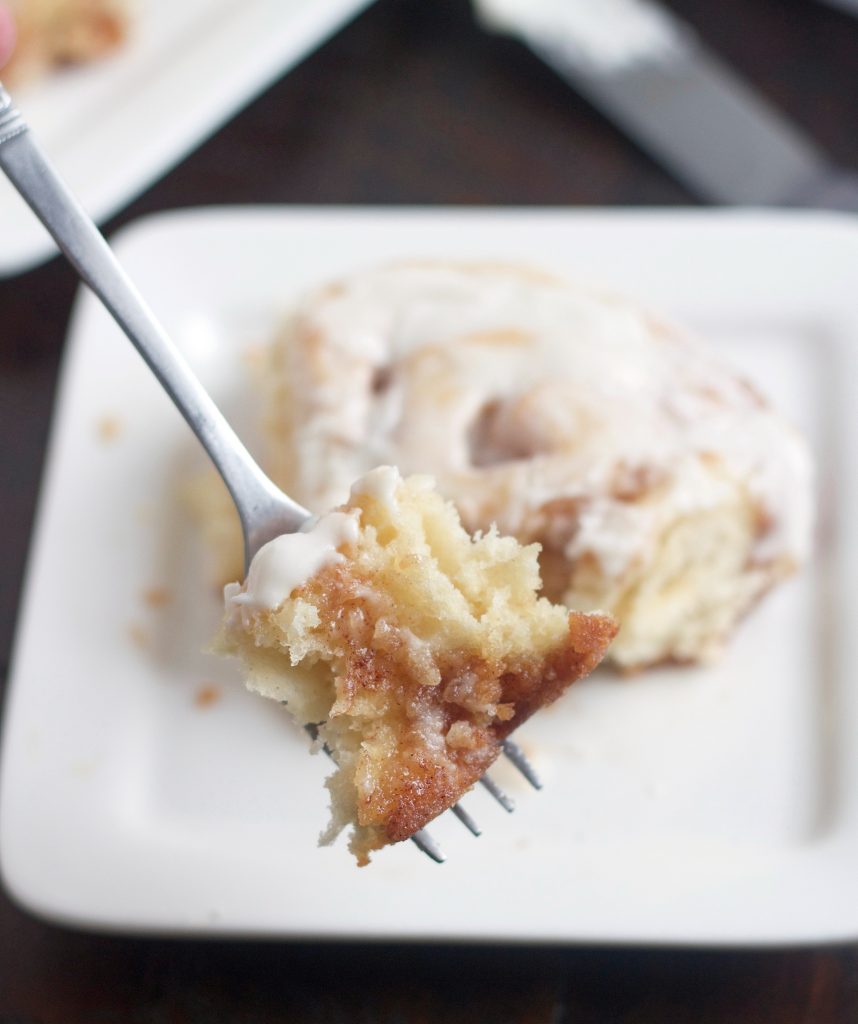 It’s a beautiful thing people. Quick cinnamon rolls made without yeast! These are so unbelievably delicious for so little effort.

While the dough is fairly similar to my cinnamon roll biscuit dough, these bake up differently and end up being closer to the texture of a cinnamon roll.

If you love cinnamon rolls, but yeast terrifies you and/or you don’t like playing the waiting game, I totally have your back today!

P.S. I’m a total frosting-aholic and I did slather more frosting on these babies after I took pictures (lol)! You can never have too much frosting!

These No Yeast Cinnamon Rolls are absolutely unbelievable! No yeast means no rising time which means no waiting hours for a delicious, fresh cinnamon roll. You are going to love these!

Yes, the oven temperature is 425 degrees, that’s not a typo. If you feel like your oven cooks hot and you’re worried about cooking these at 425, then by all means lower your oven temperature. I have never had these burn cooking them in my oven at 425. Just watch them carefully.

DON’T FORGET TO PIN THIS RECIPE TO YOUR FAVORITE PINTEREST BOARD FOR LATER.