These Peppermint Brownie Parfaits are layers of brownies and peppermint white chocolate mousse. Such a fun, festive and fabulous dessert for the holidays.

Peppermint and the holidays are just like peanut butter and jelly. . .they just totally go together.

You can’t go through the holidays (at least I can’t) without enjoying something pepperminty. Just search “peppermint” on my site, and you’ll see how much I love it. Now throw in chocolate and peppermint together and you’ve really got a winning combination.

These Peppermint Brownie Parfaits instantly became a favorite from the first time I made them.

My son Zach definitely ate his fair share and if he could have gotten away with it, he would have single handedly eaten every one of them all by himself. The first time I made these I actually made one big trifle instead of individual parfaits and I’m pretty sure he ate at least half of it on his own.

Funny story about these parfaits. Zach’s friends love coming to our house because they know I always have something yummy to eat.  Well the other night his friends were over and Zach came up stairs to get a drink. When he opened the fridge and saw there were a couple parfaits left he pulled one out, snarfed down a few bites and then headed back downstairs. He was not about to let his friends know there were brownie parfaits in our fridge. 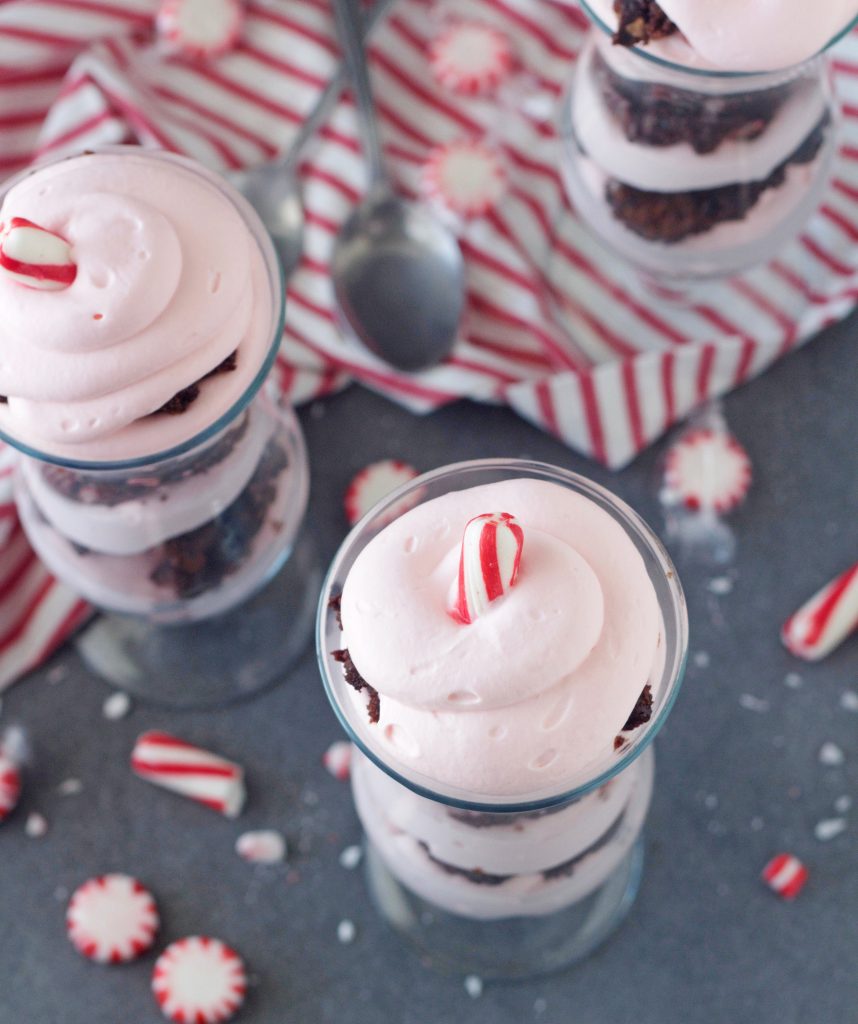 So to Zach’s friends, I’m sorry he wasn’t a very good sharer the other night. Please forgive him.

Besides tasting amazing, I think these are so pretty and festive looking.

We love the brownie in these rather than cake pieces because the brownies are chewy and fudgy, and there is just something about taking a bite of chewy brownie with peppermint whipped cream. . .it’s absolutely delectable. I could eat these every day. 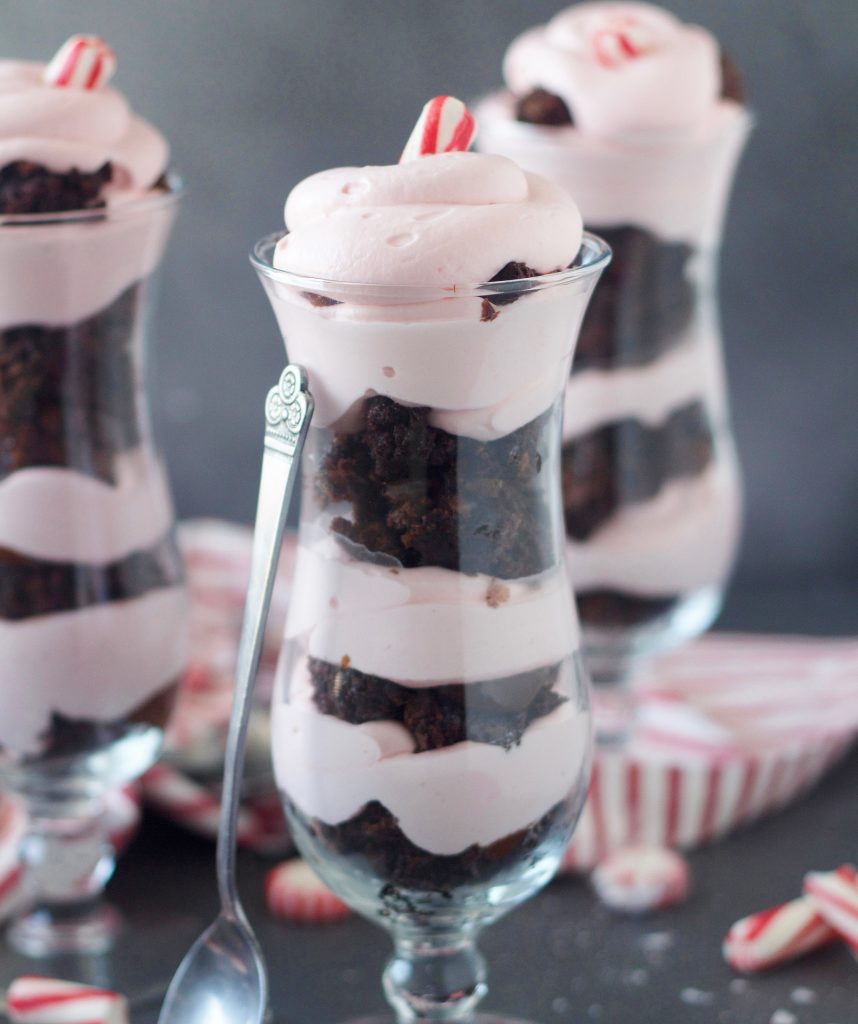 You won’t regret making these! Just remember to plan ahead because there is several hours of chill time required.

*You can use just a regular fudge brownie mix you like, but I love using the triple chunk brownie mix because I love the chunks of chocolate in it. If you only have a regular mix, you can throw some chocolate chips into the batter before baking the brownies. Here is a link so you can see which brownie mix it is I use.

I like to fill a pastry bag and pipe in the peppermint mixture into the glasses, especially if I’m using taller glasses. I think it’s easier to pipe it in and get it even, rather than spooning it in.

BE SURE AND PIN THIS TO YOUR PINTEREST BOARDS SO YOU CAN MAKE IT LATER!