These Pumpkin Cheesecake Streusel Bars start with a delicious cinnamon graham cracker crust then have two layers of cheesecake and then are finished off with a yummy streusel topping. 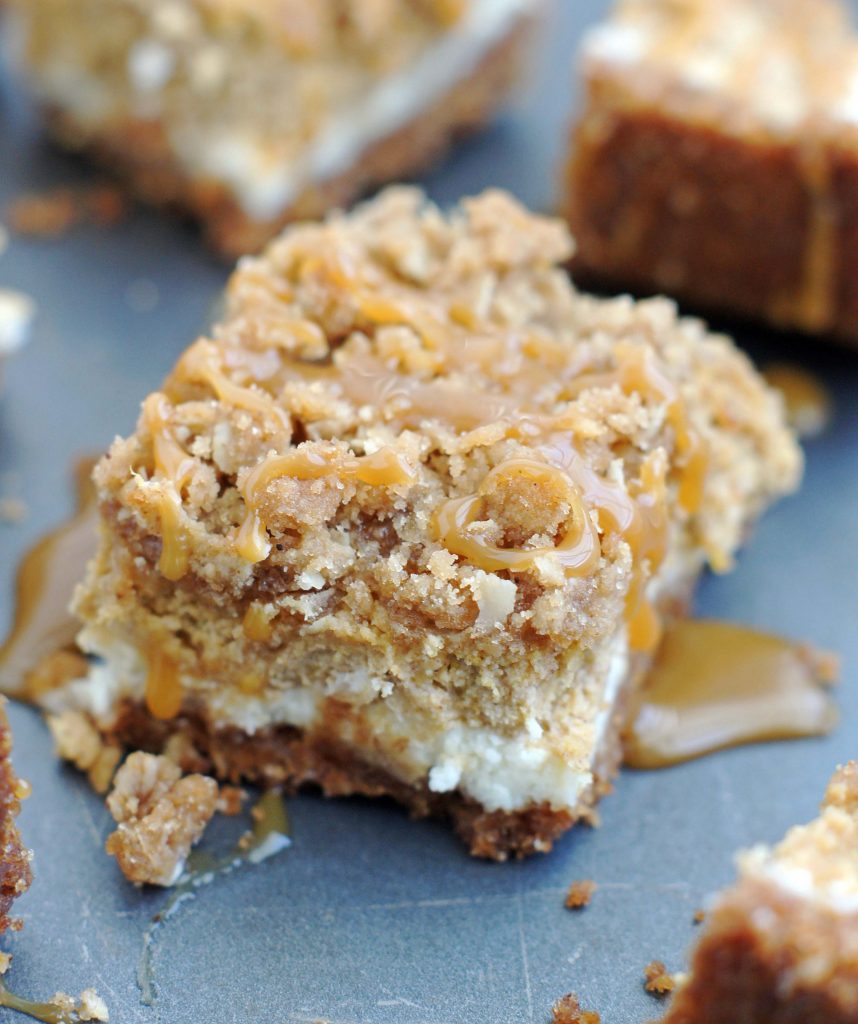 I’m back! I hope you all had a great week last week, I sure did. It’s been so much fun having my son back home after two years. The time honestly flew by. I know most moms who have sent their sons or daughters on missions probably think I’m crazy to say that. But it really did fly by for me and even more so for Zach.  It’s been so fun baking and cooking for him these last few days. He loved it in Peru, but would always tell me in his emails how much he missed my cooking and treats. But he came home with a little rice pouch as he calls it, and keeps telling me he’s never going to lose it if I don’t stop baking.  Telling me to stop baking, is like telling me to stop breathing. It’s just not going to happen, sorry Zach!

These Pumpkin Cheesecake Streusel Bars are so crazy delicious! I think this is my new favorite pumpkin dessert, at least for this week anyway. They start with a cinnamon graham cracker crust, then a cheesecake layer followed by a pumpkin cheesecake layer and then topped with a buttery, cinnamon streusel topping. And if that wasn’t enough for you, then you can finish them off with a drizzle of salted caramel.  They are just ridiculously good. 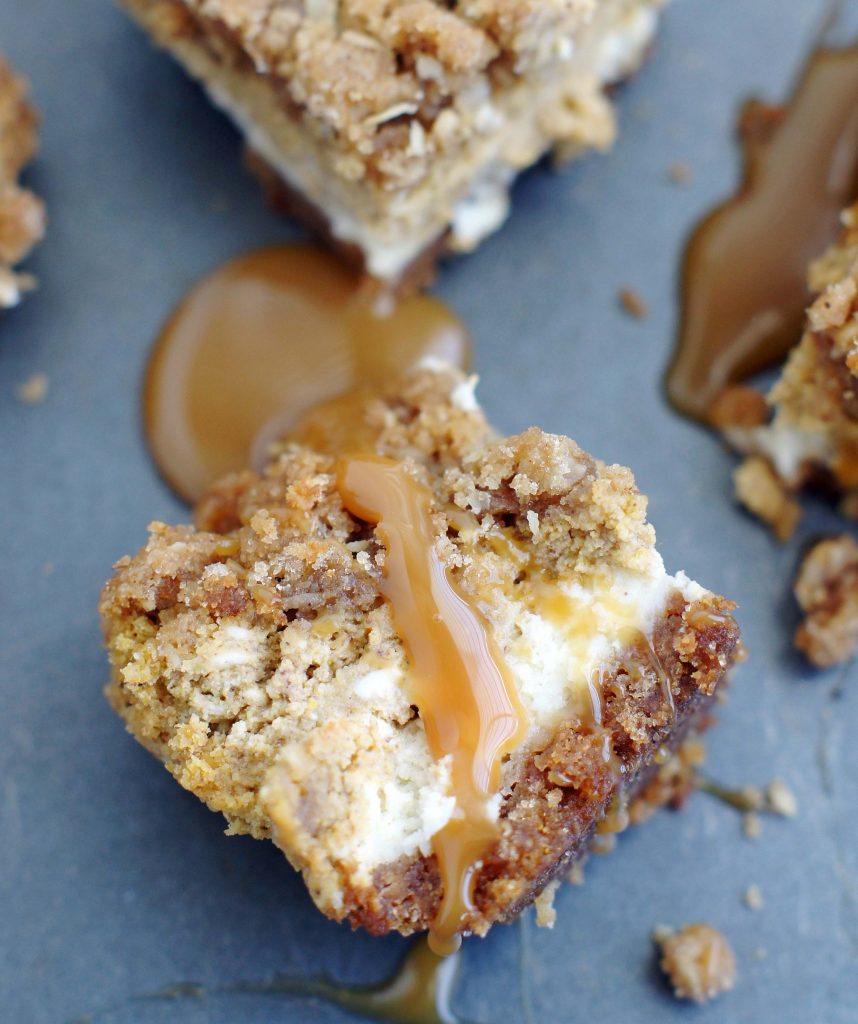 To say these were a hit at my house would be a huge understatement. There really are no words to describe how insanely good these are. Parker had one for breakfast the other day (he’s no dummy!). We all LOVED them! There might have been a few tears shed when the last one was eaten. I guess I’ll just have to make them again. . . . .(sigh!)

These Pumpkin Cheesecake Streusel Bars start with a delicious cinnamon graham cracker crust then have two layers of cheesecake and then are finished off with a yummy streusel topping.