This Pumpkin Pudding Dessert dessert has everything going for it. It’s starts with a  graham cracker crust, followed with a sweet layer of cream cheese, a layer of pumpkin white chocolate pudding. It’s amazing! 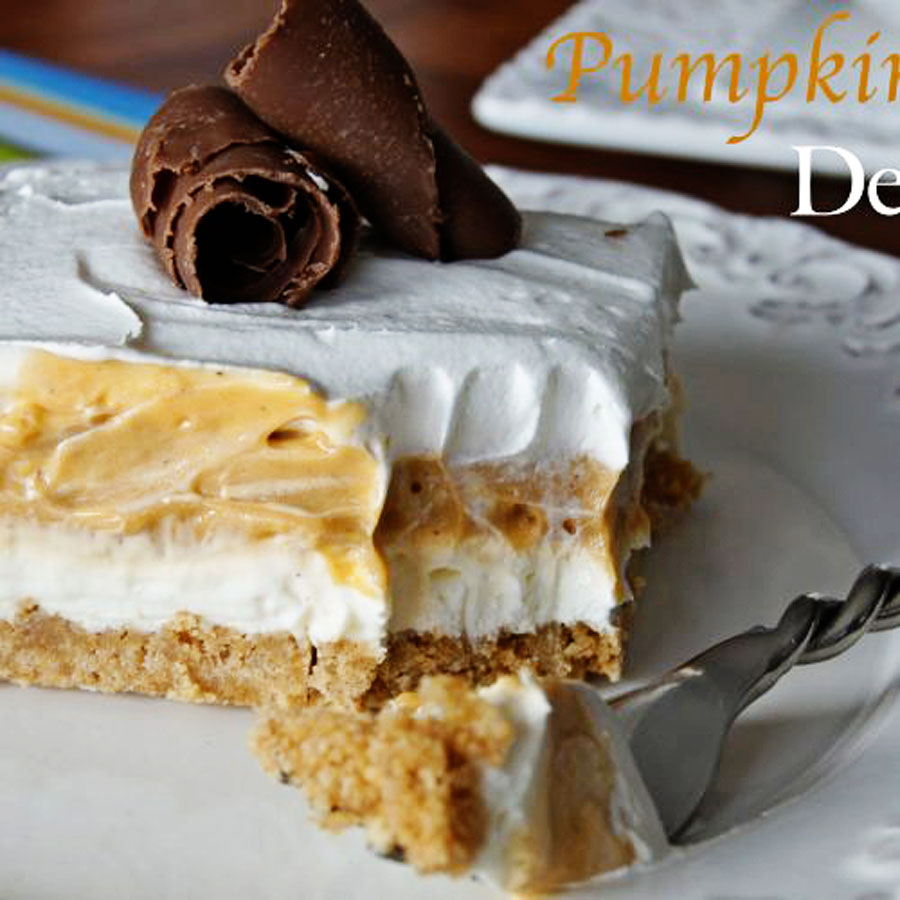 *UPDATE 11/14/2019 For the past couple years I haven’t been able to find the pumpkin spice, but this year I finally found some and stocked up YAY!). If you can’t find it, this Royal Delights Pumpkin Spice Dessert is a good substitute.

I can’t believe Thanksgiving is next week.  Holy cow this month has flown by.

I have a fabulous pumpkin dessert to share with you today.

I happen to LOVE pumpkin, so when I saw a recipe for “pumpkin lust” on Pinterest last year, I was a little excited.  I made my own version of “pumpkin lust” and I’m here to tell you it’s fab-u-lous!!!

I made this for Thanksgiving last year and my husband’s family went crazy over it, and I mean seriously crazy.  I think my father-in-law actually had some for breakfast the next morning.

Walmart is the only store I’ve seen the pumpkin spice pudding at and let me tell you, it’s a hot commodity.  Luckily last year I grabbed about six boxes of it and shared them with my mom and friend because they couldn’t find any.  My husband found some more at the downtown Walmart and grabbed me a dozen more boxes that I gladly shared.

I was much wiser this year and as soon as I saw it at Walmart I stocked up!  If you can’t find any, my condolences to you and just know that you need to grab it next year as soon as it hits the store shelves!

This dessert is scrumptious, fabulous, delicious!

This Pumpkin White Chocolate Pudding Dessert dessert has everything going for it. It’s starts with a  graham cracker crust, followed with a sweet layer of cream cheese, a layer of pumpkin white chocolate pudding. It’s amazing!

There are a few variations you can do with this dessert. I’ve made it with with a graham cracker crust and with a gingersnap crust—both were fabulous, so it’s just kind of a personal preference.

Feel free to use two boxes of the pumpkin spice pudding instead of one pumpkin spice and one white chocolate.  Again, I’ve made it both ways and both are fabulous.  Some of my boys like pumpkin, but don’t love it, so when I combine the two flavors, it kind of mellows the intensity of the pumpkin flavor.

If you’re not worried about adding any “extra” calories, you can replace the cool whip on top with fresh, sweetened whipped cream (soooo goood!) It does last a few more days in the fridge with Cool Whip, but this is so good, you probably won’t have any leftovers.