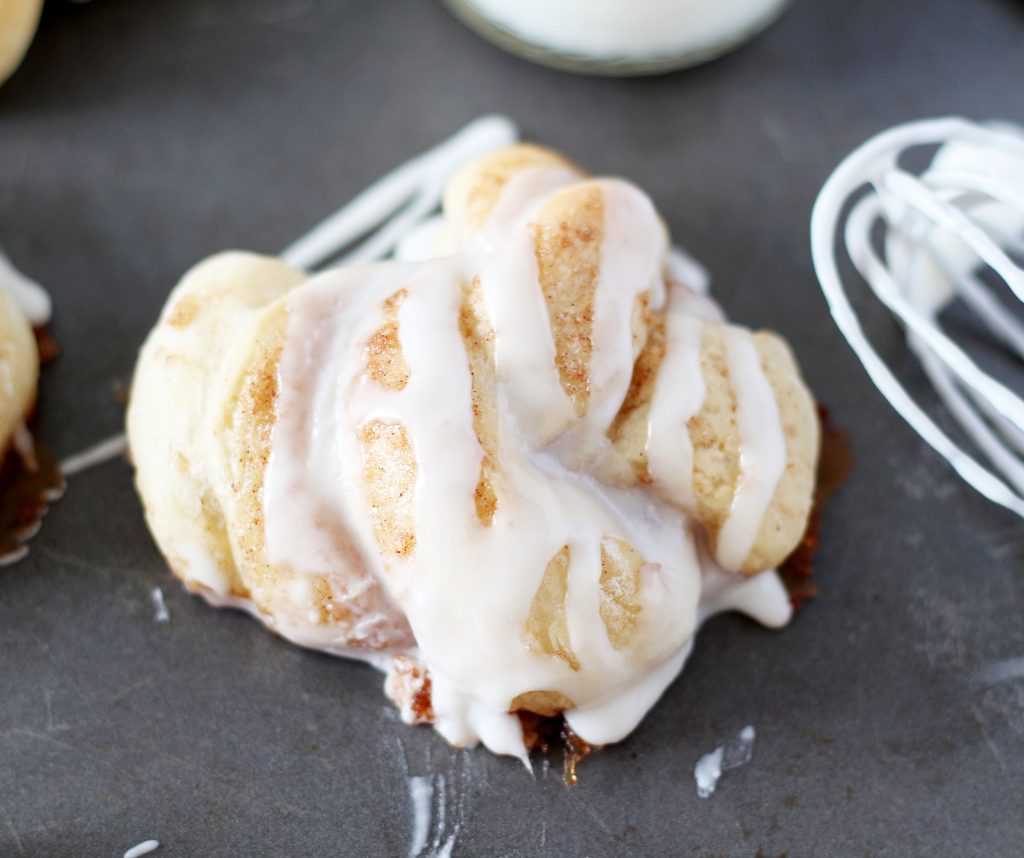 Cinnamon rolls are a huge weaknesses of mine when it comes to treats. Who doesn’t love a warm, cinnamony, gooey cinnamon roll, with lots of buttercream slathered on top? But when that craving hits, there isn’t always time to make them, which is why these Quick & Easy Cinnamon Knots are kinda my new best friend.

The dough comes together in just a few minutes and from start to finish you should have warm cinnamon knots on the table in under 60 minutes. Now I know you could use pre-made pizza or bread dough for these, but honestly, this dough is so simple to make and comes together so quickly. 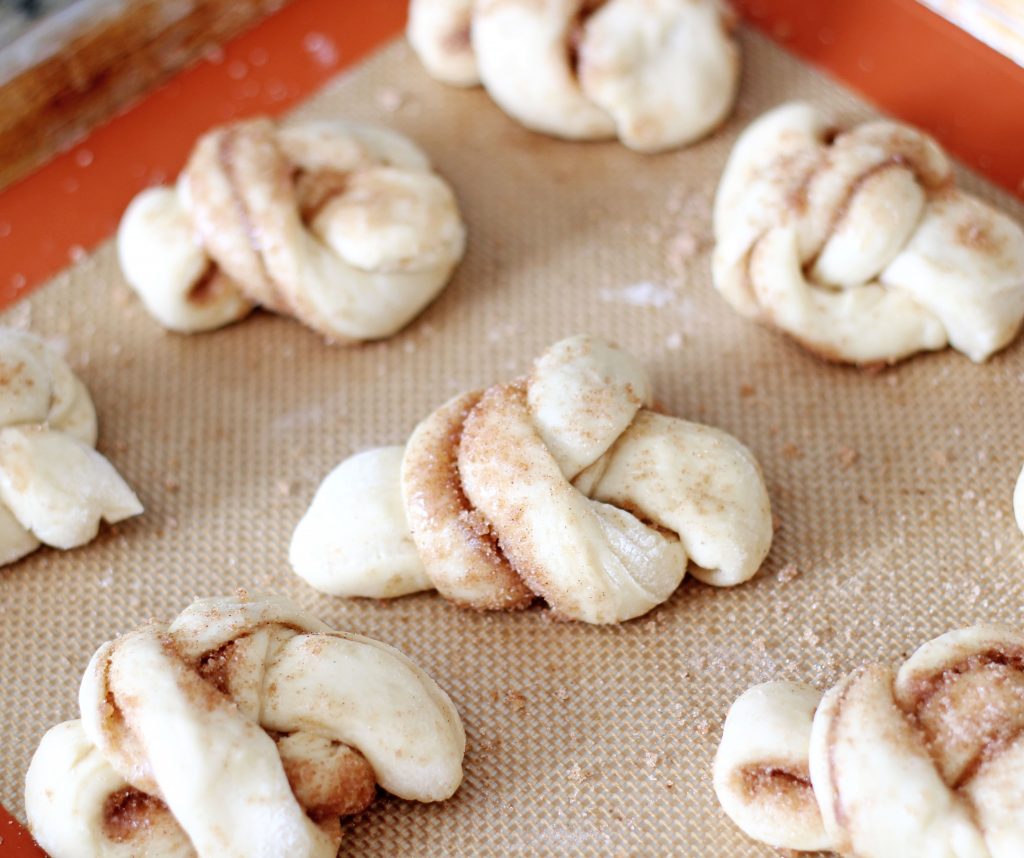 Aren’t they just so darn cute?! 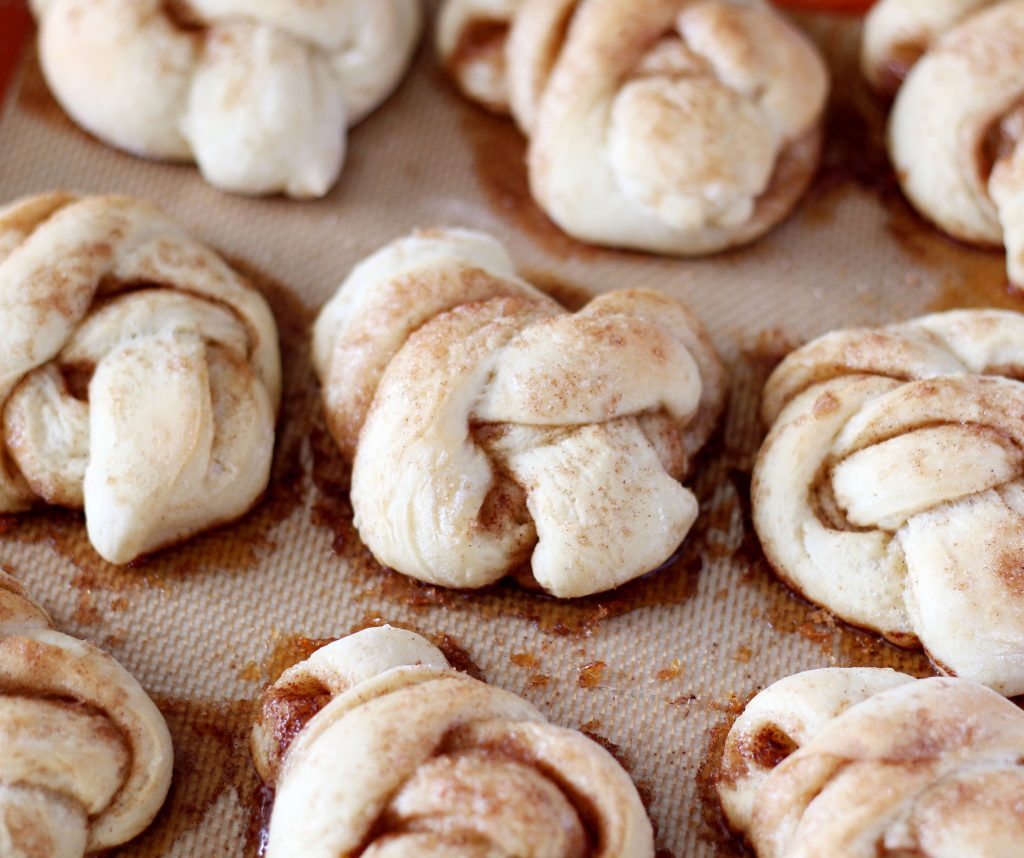 After they bake, the cinnamon sugar mixture and butter oozes out and leave a caramelized layer on the bottom of the knots. . . . soooo good!  While they’re still slightly warm, drizzle some buttercream glaze over the top and voila, you now have some pretty fabulous cinnamon knots just waiting to be inhaled. 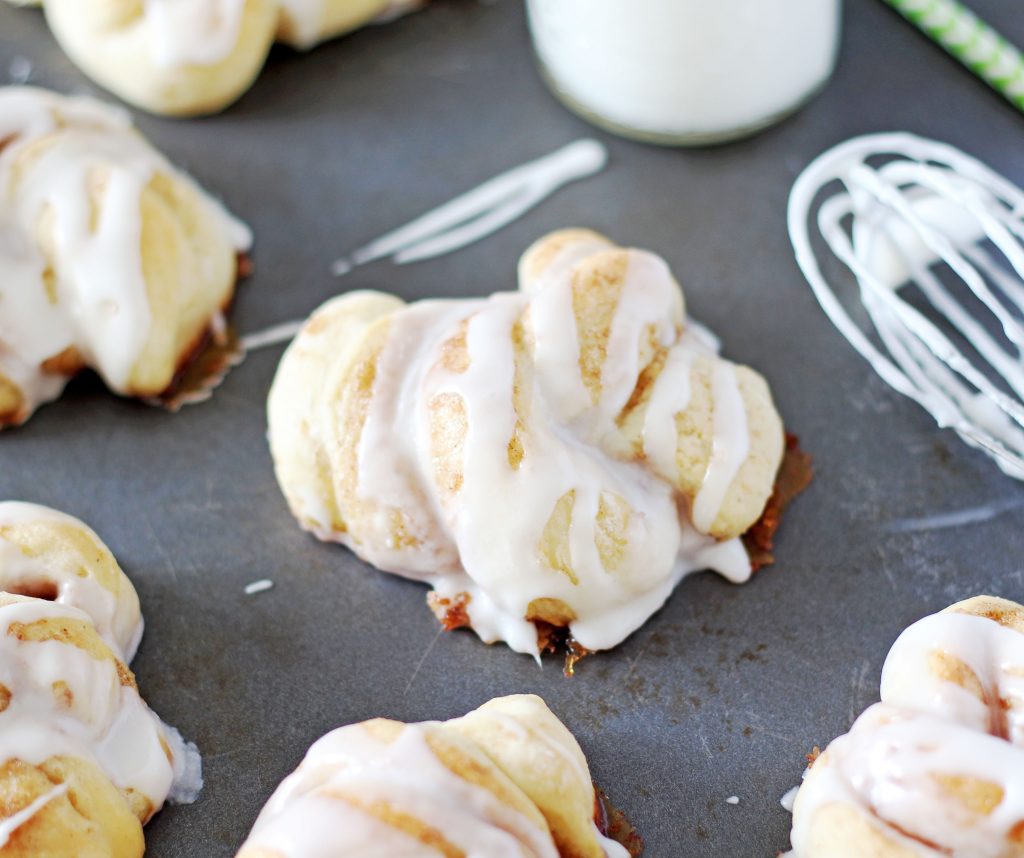 I have a little confession to make. I love frosting, so when I ate one (or was it two or three?) of these cinnamon knots, I spread a big ol’ blob of more frosting over the top and I am not ashamed. After all, a girl’s gotta do what a girl’s gotta do. . . right?!

These are totally calling your name!

These cinnamon knots are so quick and easy! A great alternative to cinnamon rolls when you’re in a hurry!