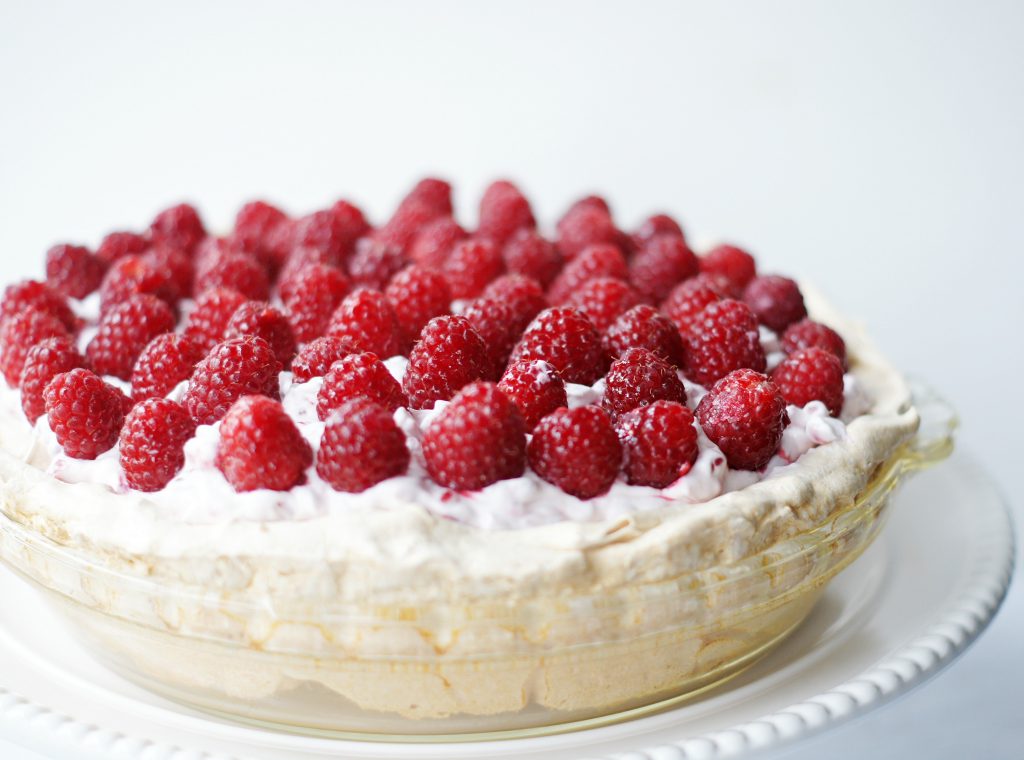 We had a great weekend at our house. First, we got to skype with my son who is serving a mission in Peru, it was so great to talk with him, but I hated having to say goodbye.  Second, we got to eat this amazing raspberry meringue pie. It totally ranked right up there with being able to skype . . . it was that good.

I have loved raspberries from the time I was a little girl.  I would eat them by the bowlful with milk and sugar. I’ve gotten smarter as an adult and now I eat them by the bowlful with cream and sugar, YUM! When we were kids, my mom used to bottle them in a simple syrup, talk about a total treat when we’d get to open a bottle of them.  They were like bottle of gold. If I could have hoarded them all, I would have. 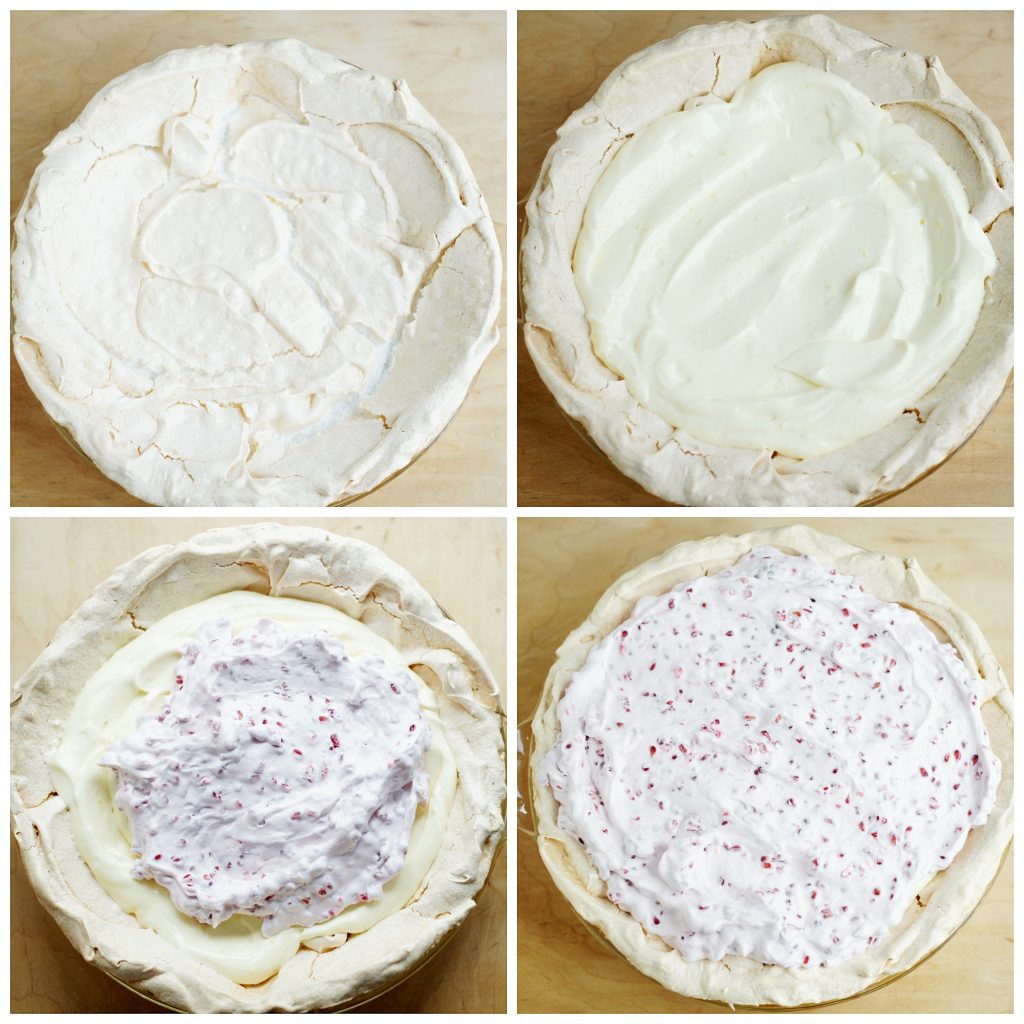 As if raspberries aren’t delicious enough on their own, but then add them to a meringue shell, filled with a lemon custard and topped with sweetened whipped cream studded with raspberries . . .total heaven! 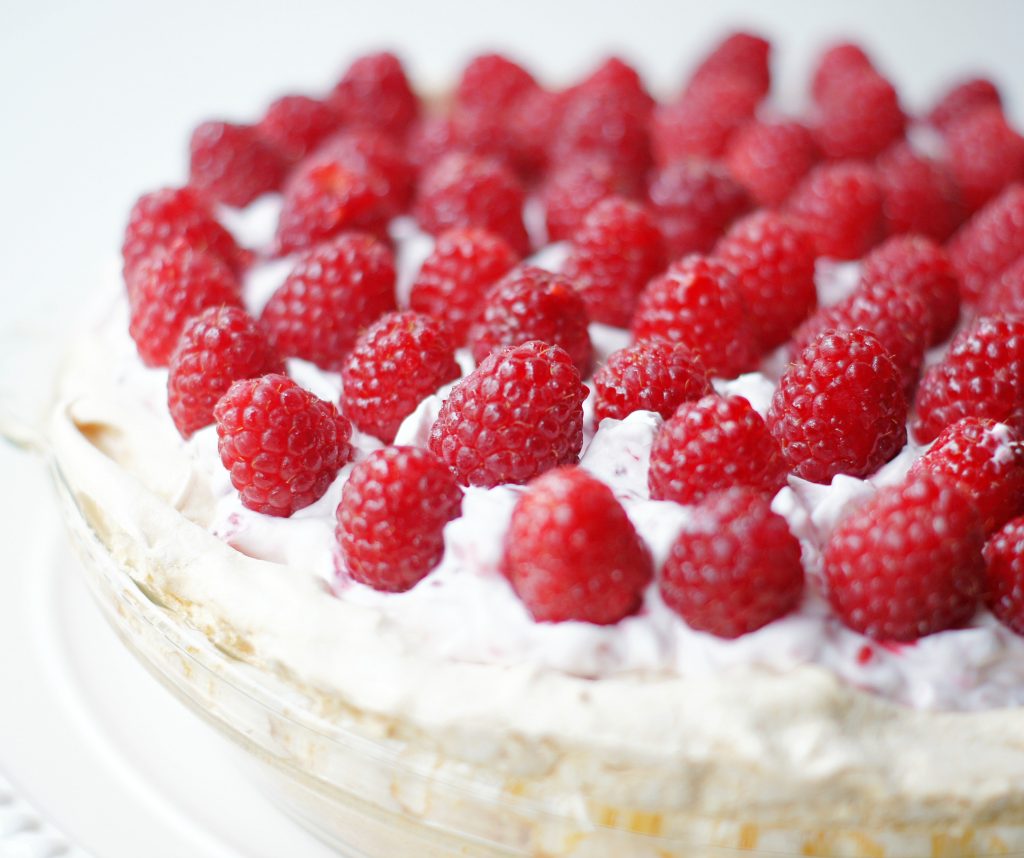 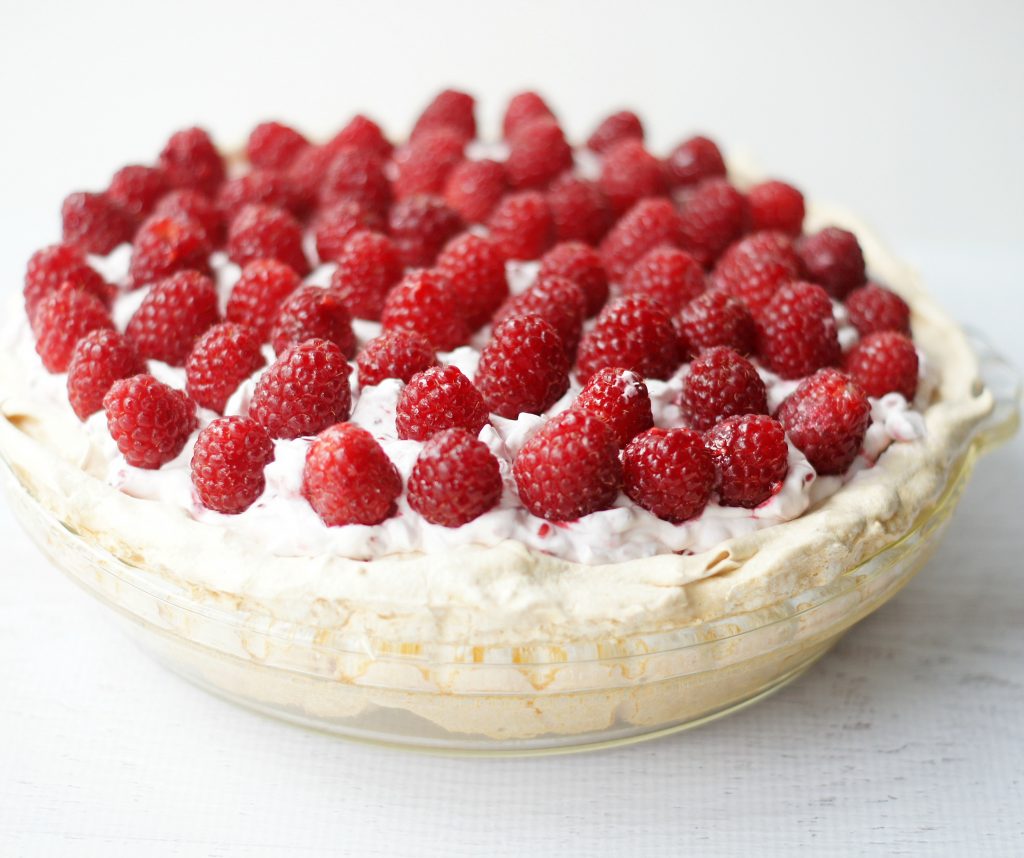 This will completely WOW anyone you make it for.

I think this is best if made the night before up to point of the lemon curd layer. This gives the meringue shell a chance to soften up and then it just melts in your mouth.
What I do is beat just 1/2 cup of the whipping cream and mix it with the lemon curd and then spread it into the shell, then cover it with plastic wrap and refrigerate overnight. Then a few hours before serving, finish beating the last 1 cup of whipping cream, fold the powdered sugar and raspberries in and spread on top. Garnish with fresh raspberries and refrigerate for several hours. You DON’T HAVE to make this the night before, I just like how the shell softens up after sitting overnight. Just know it’s delicious either way.

I linked up at Buns In My Oven