These Scrambled Egg Muffins with Ham are a simple, quick and delicious way to change up your breakfast routine. These are absolutely delicious and are super versatile. Your kids are going to love you.

I haven’t always been the greatest mom when it comes to breakfast for my boys. In fact, I’d probably get a “D” if there was such thing as a breakfast report card.

Most mornings have been cold cereal and toast, but honestly, they’ve been happy campers eating cold cereal for breakfast. I mean why wouldn’t they be when they pour themselves a big bowl of Frosted Flakes, Lucky Charms or Fruity Pebbles, etc. You would have had no complaints from me as a kid if that was my breakfast.

I have tried to make a hot breakfast for them once or twice a week, so at least I wouldn’t deserve an “F” and that report card (lol!).

The other morning I made these Scrambled Egg Muffins and they literally took me minutes to throw together and toss in the oven. In less than 20 minutes we had hot, delicious scrambled egg muffins sitting in front of us waiting to be devoured. 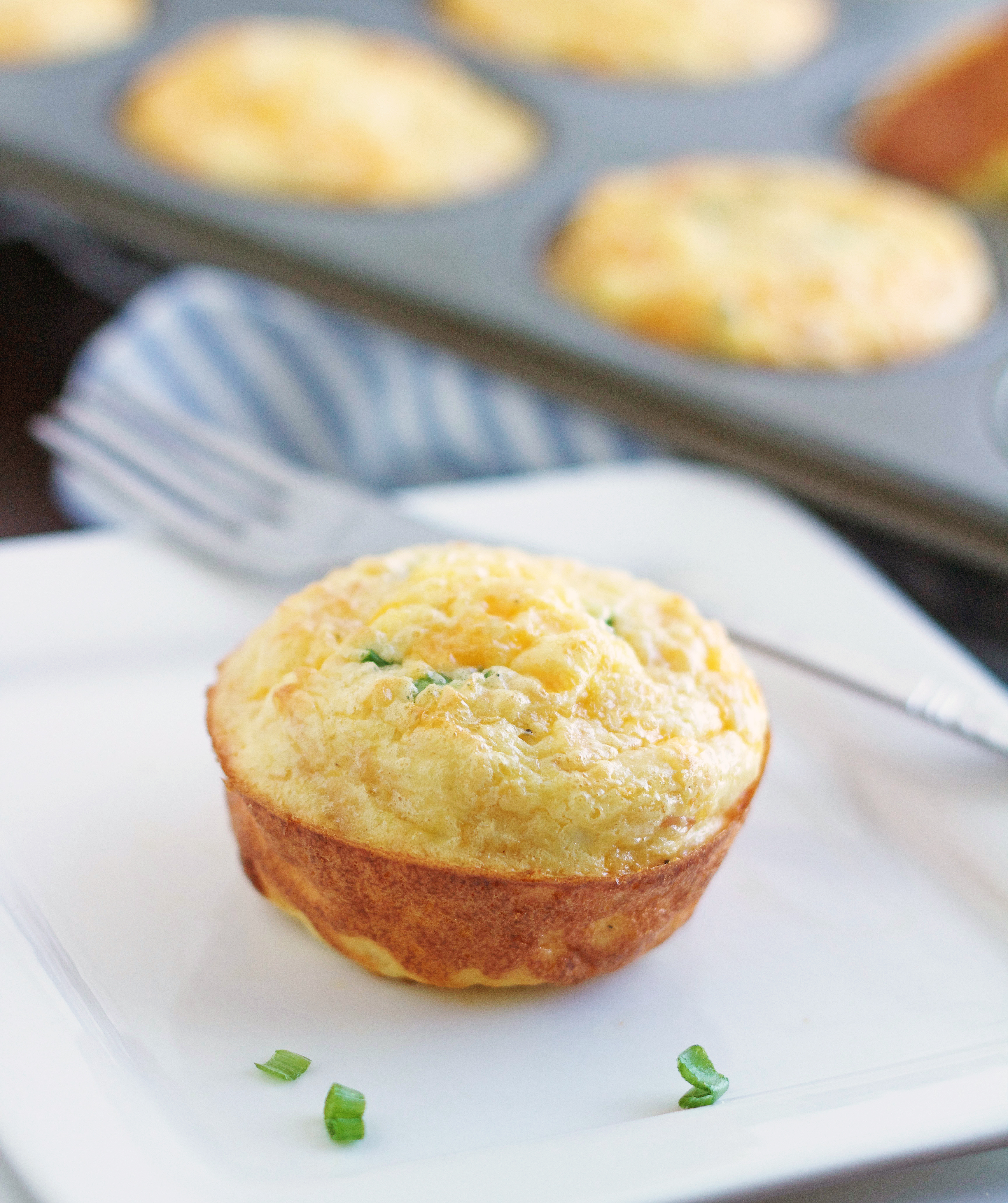 The great thing about these is they’re so versatile. If you don’t like ham, you can add cooked sausage or bacon. You could throw in pepper jack cheese if you wanted to give them some kick. You could even throw in some spinach and feta cheese and leave out the meat.  The options are endless my friends.

The thing I love about these is the slight buttery, sweet flavor the Ritz crackers adds to these. I thought it was a little odd when I saw that recipe included crushed Ritz, but they give these muffins the “fluff” they need without making them taste bready and heavy like flour would do.

Serve these with some fresh fruit and you seriously have one of the easiest, most delicious breakfasts (or dinners) ever.

Have a great Monday!

These will “poof” up while baking, but will begin to fall as they sit for several minutes after being removed from the oven, so don’t be alarmed.

These will come out a littler easier if you use baking spray (cooking spray with flour in it) with rather than vegetable oil spray. No need to go buy baking spray if you don’t have any, just make sure you spray the tins really well. Before removing them from the muffin tin, run a knife around the edge to loosen the muffins.

LEAVE A COMMENT BELOW IF YOU GIVE THIS A TRY! I’D LOVE TO HEAR WHAT YOU THINK!