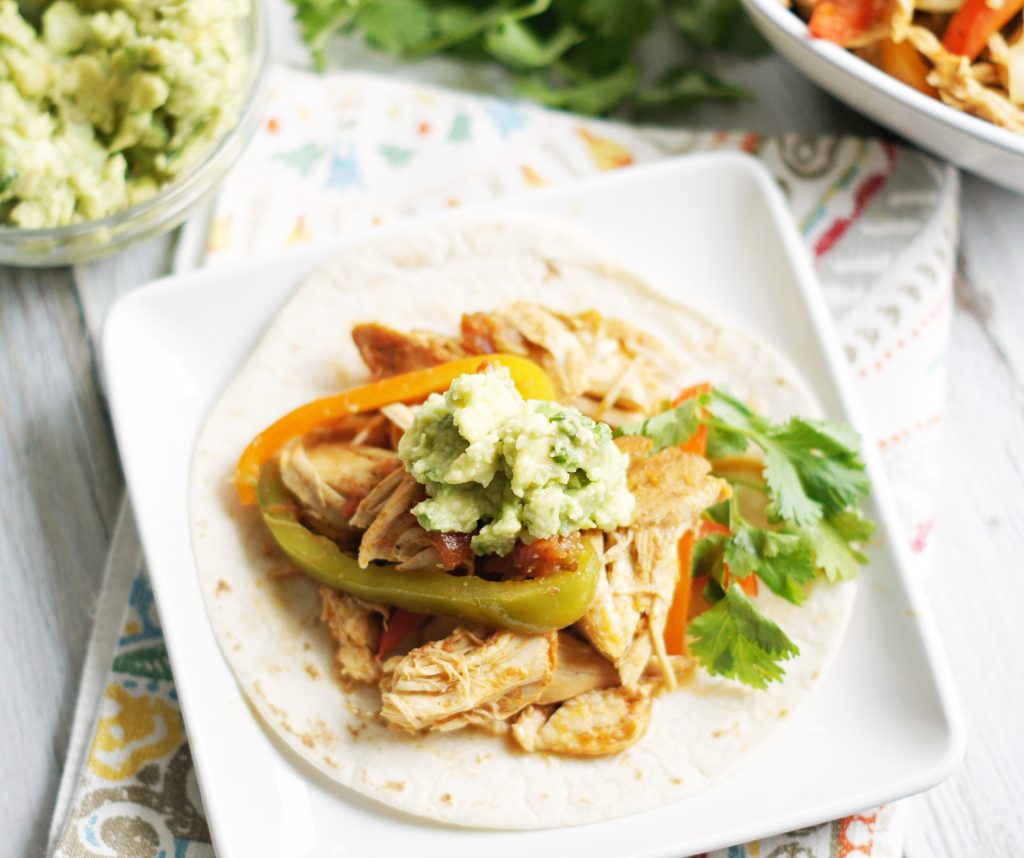 Mexican food is pretty much a staple at our house. It’s something that even my pickiest eaters Braydon and Parker love.  If they had thier way, we’d have Mexican every night of the week.  If Parker had his way, we’d go out for Taco Bell every night, but that’s never going to happen.  Nothing against Taco Bell, but there are somethings you have to draw the line at.

These Slow Cooker Chicken Fajitas may be some of the best fajitias yet that I have tried.  The flavor is out of this world and they couldn’t be easier to make.  There is no marinating necessary. You toss everything into your slow cooker and turn it on and let your slow cooker do all the work. 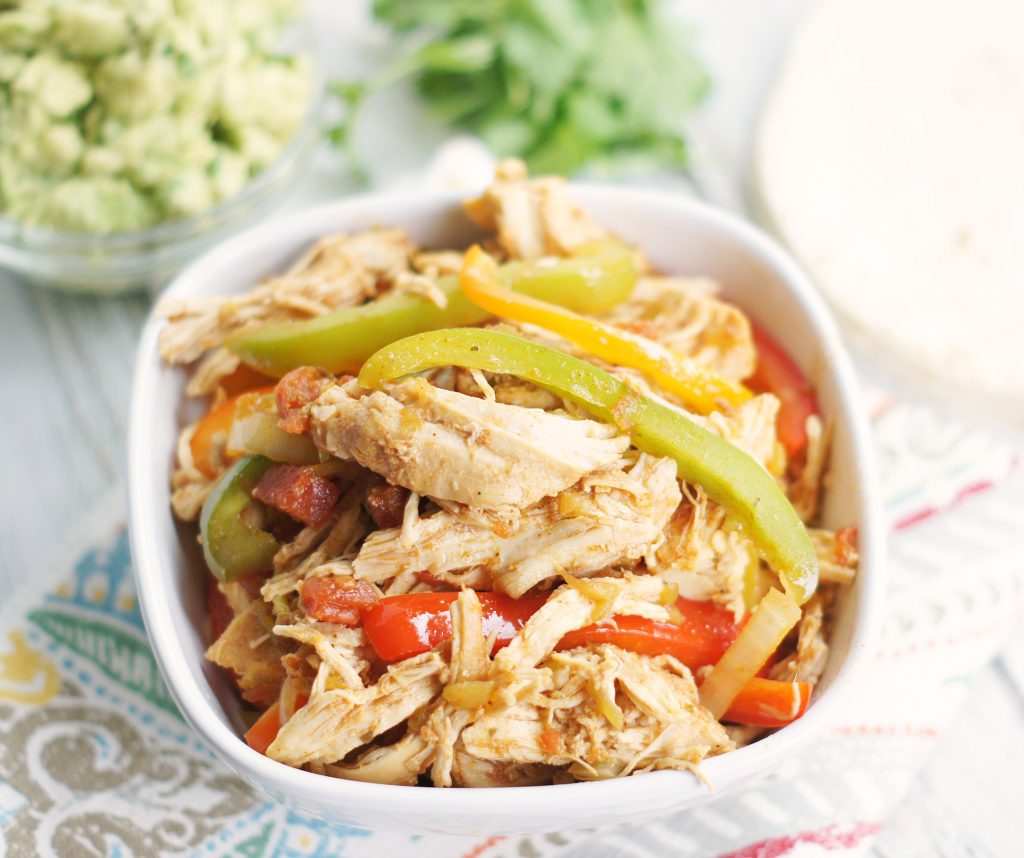 The chicken is cooked in a mixture of lime juice and orange juice with lots of fabulous spices.  The smoked paprika and liquid smoke give this meat an irreplaceable flavor and smokiness, so please don’t use regular paprika and/or leave out the liquid smoke.  I add the peppers in towards the end because I like my peppers just a little bit crispy, not too soggy/mushy! 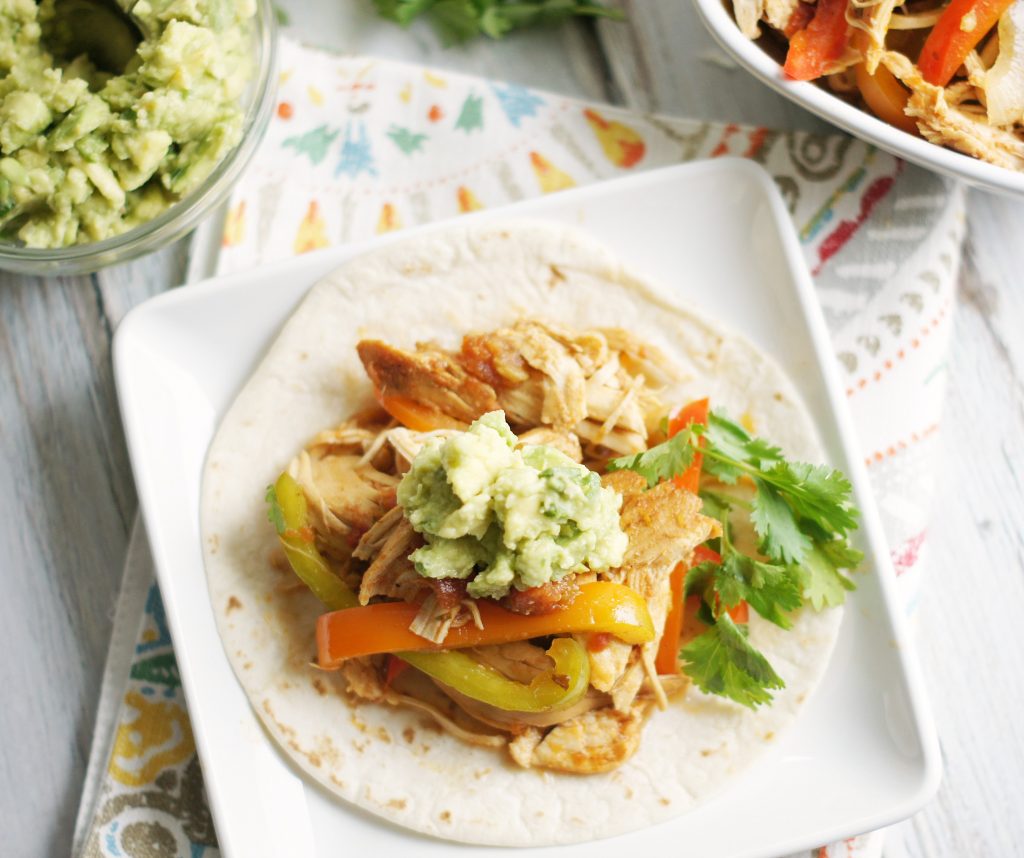 You seriously will love these! Have a great week!

I used frozen chicken breasts and cooked it on low for 4 hours and then threw in the peppers and cooked for another hour. The peppers were perfect, they had softened up but still had a little bit of crispness to them.

The smoked paprika makes a big difference in this recipe. If you don’t have any I recommend you buy some next time you’re at the store. It adds such a great smoky flavor. The liquid smoke can be found down the condiments isle by the BBQ sauces and Ketchup. It’s really inexpensive and adds a great smoky flavor. I always keep a bottle of it because I use it for my Kalua Pork