It’s safe to say that while we were in Disneyland we ate plenty of churros . . . we love them! At one of the food carts we found a cookies & cream churro that came with a small cup of a frosting w/ cookie bits to dip the churro in. Seriously amazing and worth the extra money!! (FYI, I could buy an entire case of 65 churros from Sam’s Club for the cost of about 10 churros from Disneyland😂 . . . I’m just sayin’.)

Anyway, while we were standing in line for a ride one day, I was  scrolling through Instagram and saw this recipe for Snickerdoodle Rice Krispie Treats.

I knew immediately I would be making these as soon as our plane touched down because (a) it is a Rice Krispie Treat and (b) the tops are covered in cinnamon sugar (ahem . . . just like churros!). How could you possibly go wrong with a gooey Rice Krispie treat generously sprinkled with cinnamon & sugar.

Holy smokes these things are good! 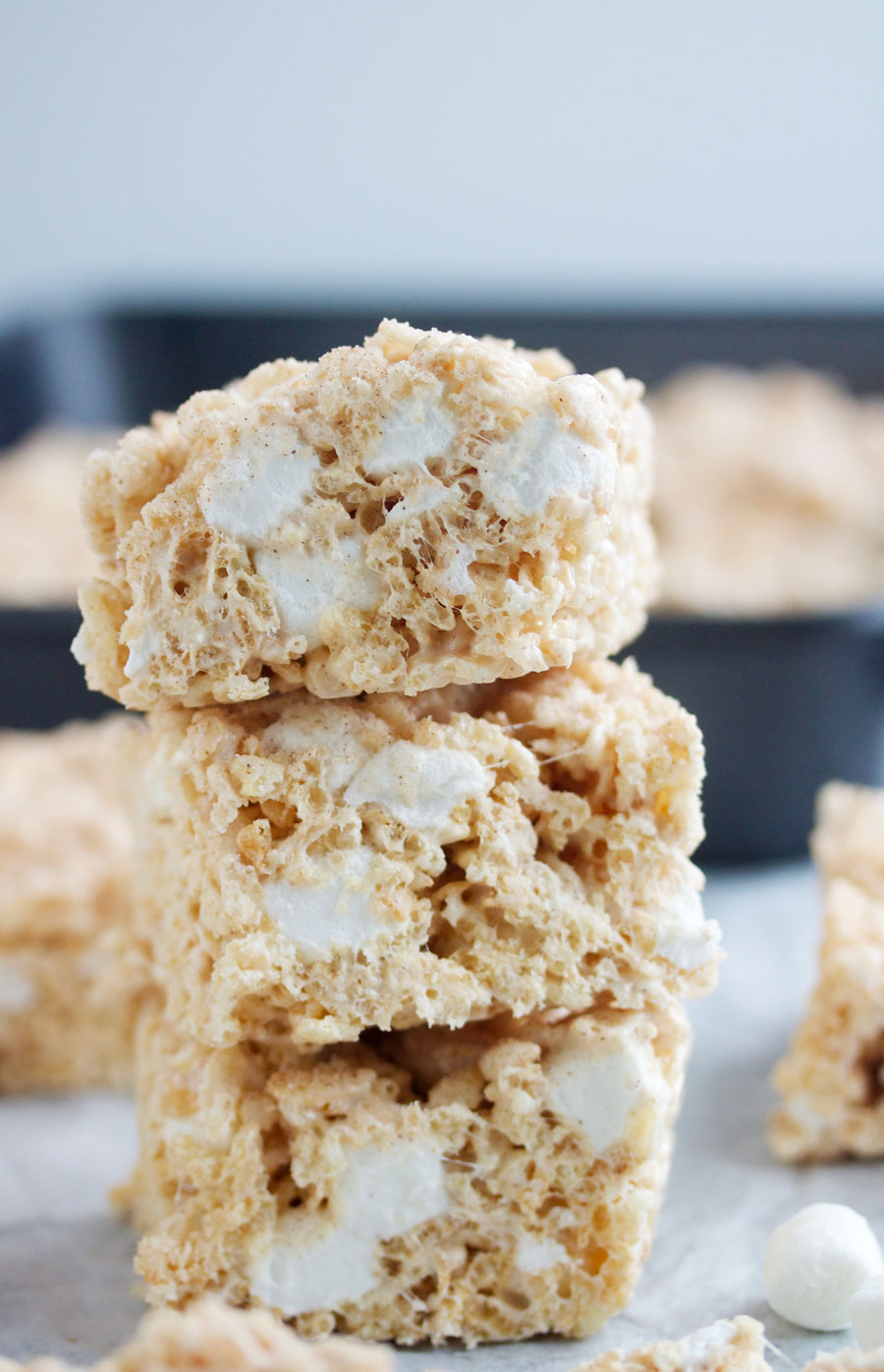 I have loved Rice Krispie treats my entire life and thought nothing could ever be better than them. But then I made these Browned Butter Peanut Butter Rice Krispie Treats and they completely won over. Now you throw these Snickerdoodle Rice Krispies into the equation. . . I am at a complete loss when it comes to choosing a favorite.

These start with browned butter which takes everything to a whole new level, right? Then you throw in marshmallows, cinnamon and vanilla and then Rice Krispies and even more marshmallow. 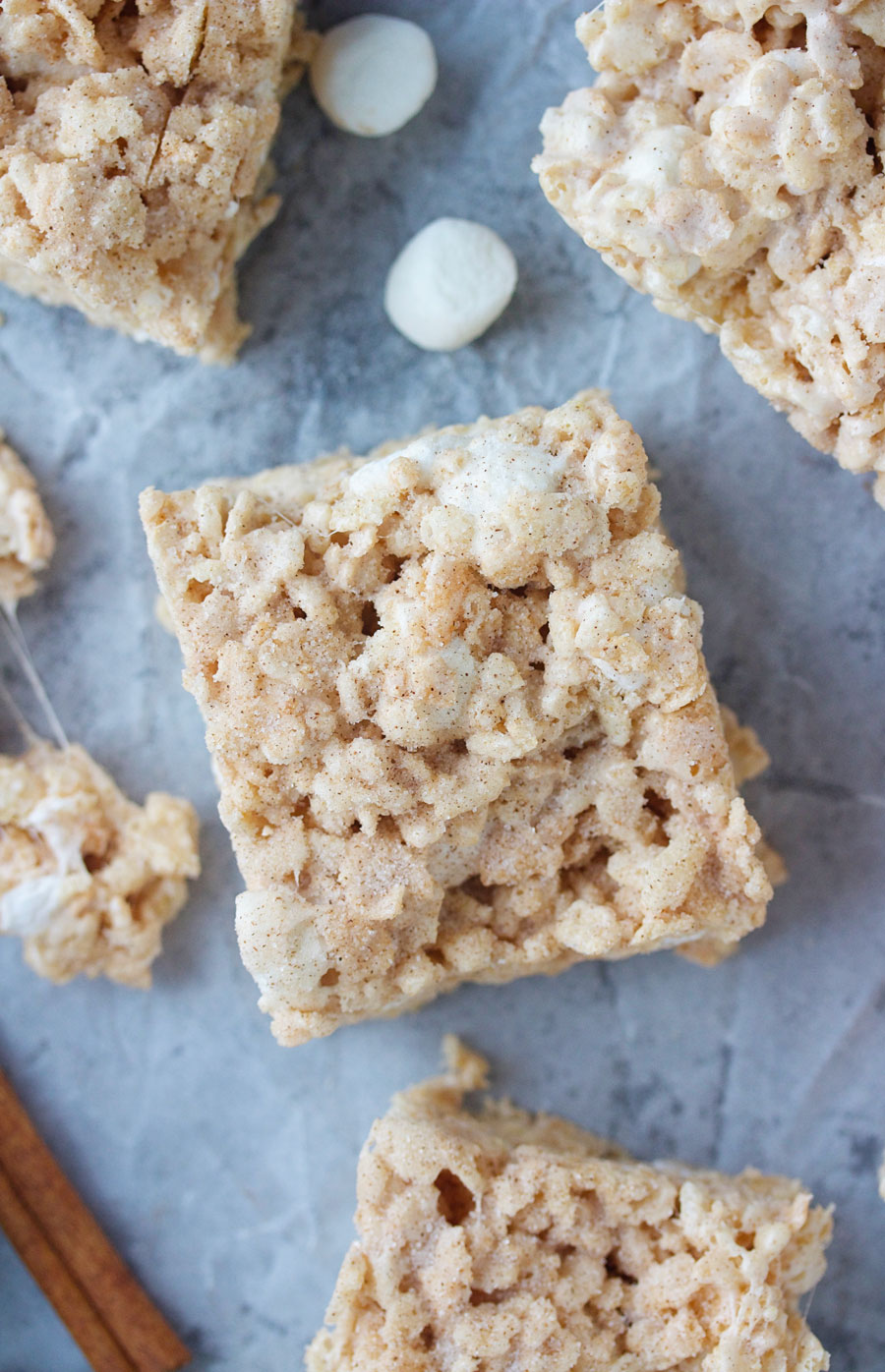 These things might just be the next best thing to eating a churro from Disneyland.

I promise you you’re going to want to make these ASAP!